How to determine sea level

Sea level is called the situation of the surface water of the oceans. The sea level can be tidal, daily average, annual average, etc. Usually under the phrase "height above sea level" refers to the average annual level. Measure sea level on a steep line towards a certain relative reference points. 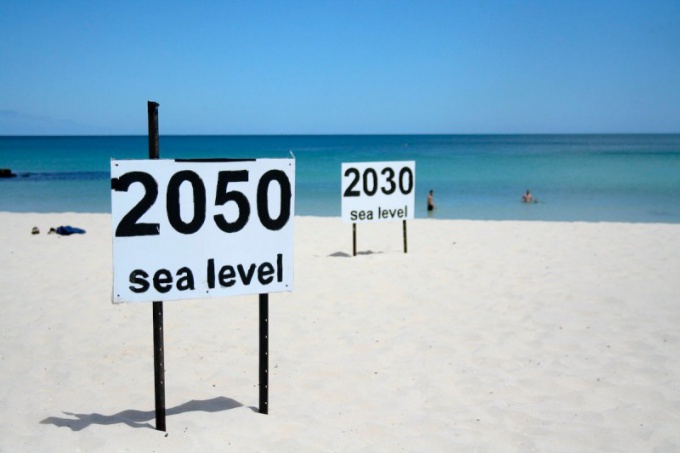 Related articles:
You will need
Instruction
1
To measure the sea level satellite altimetry helps. According to her make up, for example, a map of changes in sea level associated with various natural phenomena. Also, scientists make maps of fluctuations in the average sea level. Considering the average height values of each orbit over the Global ocean, it is possible to determine the average level of the World ocean. Satellite altimetry helps among other things to examine the seabed topography: the basins and troughs, the sea level is lower in areas of higher elevations – above. If you need to know the height above sea level, buy GPS Navigator: GPS determined height on the basis of information from satellites. The greatest accuracy can boast GPS-receivers with built-in barometer-altimeter.
2
Applied a number of old but not outdated and still actively used technological methods. It is, first and foremost, geodetic leveling. Leveling helps to determine the height of a particular point above sea level or relative to some reference point. This type of measurement is used in the design, construction of roads, different structures, etc.
3
And to determine sea-level fluctuations using such a device, such as a tide gauge (limnigraph). This is a stationary device which maintains a continuous recording, registering the slightest change in water level in this paragraph. It consists of a sensitive receiver of the float and the writing mechanism. The gauges are designed for coastal and open sea.
4
Also to record changes of water level in seas and in rivers or lakes used the hydrological (water metering) position. Water measuring post can be pile and rack.
5
Well, the most curious, but not engaged in scientific activities people can, not leaving the house, to use a special program or app, such as the popular Google Earth, and learn the height above sea level at any point on the map.
Note
Russia used a so-called Baltic system of heights: heights are determined relative to the average level of the Baltic sea.
Is the advice useful?
See also
Подписывайтесь на наш канал