What if forced to resign

For the bosses the dismissal of an employee on their own is a very good option, because in this case the employer does not have to give any severance payments that can sometimes save a considerable amount. However, the employee being forced to write a statement, can defend himself, if he knows his rights. 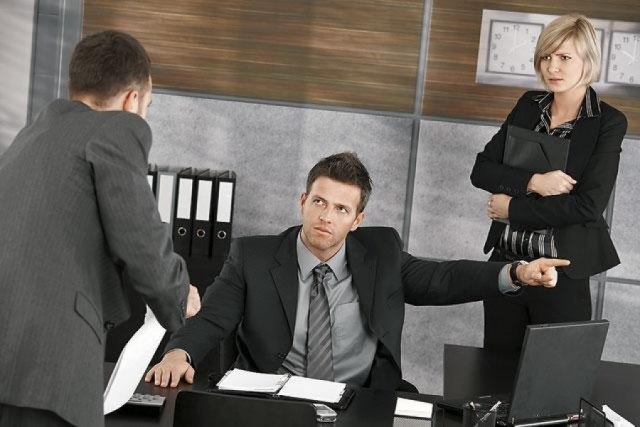 Related articles:
Instruction
1
Do not succumb to provocations of the employer. For example, if he's threatening to fire you for non-compliance, remember that this company will have to organize the certification. The decision to dismiss can only be taken upon its results. Also, empty threats can be called the approval of the employer if he fires a pregnant woman in connection with staff reductions, because that's illegal.
2
Sue, if someone else wrote the statement for you. You have the right to require an examination of handwriting, and she confirmed that the statement was written not by you, or that it is someone else's signature. So if the employer says that he will write a statement on your behalf, if you won't answer that in this case you will take action, and the authorities will have to deal with the court.
3
Collect evidence that you are forced to write the application at own will. In particular, you can try to record your conversation. If the employer threatens the employee is not just a dismissal for absenteeism or non-compliance, and beating, murder, etc., enough to contact the police and ask them to take action. For example, your phone can put on the wire, and you will be able to prove the fault of your employer. You can also declare what were at the time of dismissal in a difficult financial situation and had no other jobs that will make your statement illogical from the point of view of the court.
4
Consult an experienced lawyer. It will help you gather the right proof and will protect your rights in court. As a result, you can get a good compensation but also to restore its reputation, if the Manager still fired you for alleged truancy or for other violations of the employment contract. Note that if you do write a statement, and the head didn't threaten you with violence or death, or no proof of this, then prove your innocence will be almost impossible.
5
Write the statement correctly if you have the opportunity to do it. For example, do not write that quit on its own initiative or on their own: the lack of such language will lead to the fact that the court recognized the departure from work was not voluntary. Write that you ask to release you from the post, but no mention of termination of the employment contract. Put the wrong date or signature
Is the advice useful?
See also
Подписывайтесь на наш канал