How to draw a right angle

Draw a straight angle seems simple, if you have access to technical devices. And if not? Or you need to build a direct angle over a large area, for example, a plot of land. And how many ways are there to construct a straight angle? 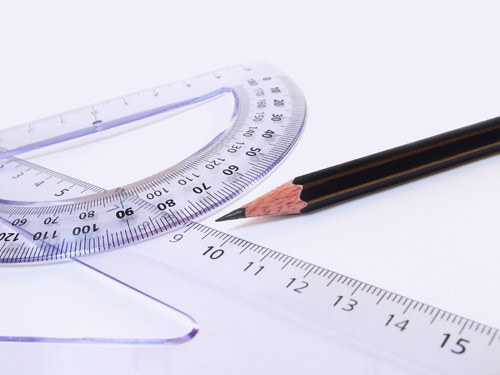 Related articles:
You will need
Instruction
1
The first way is with a ruler, pencil and protractor. Draw with a ruler straight. Mark on it a point. Align the dot with the middle of the protractor. Look at the scale of the protractor 90 ° mark and label it point. Draw a line through two points. Two straight lines intersect each other at right angles.
2
The second way – with a ruler-trecornerof Niku and pencil. One angle from frictionangleof the parts straight. Attach it on one side to the line from which you want to build a straight angle. On the perpendicular side of the trianglethe angleof parts of the line, draw segment. The angle between the line and the line is straight. Or just circle straight angle frictionangleof the parts with a pencil on paper.
3
The third way – using the rightcorner of thefinal object. As well as drawing treanglethe parts, you can use any object whose corners are straight. For example, a book, folder, box.
4
Fourth method – using the ruler and pencil. From point And put the two lines AB and AC have the same length at an acute angle to each other. Connect the ends – you have an isosceles triangle,the angle ofthe parts. Find the middle of his base D and connect with the top A. the Segment AD is a median, a bisector, height, i.e. perpendicular to the base BC. 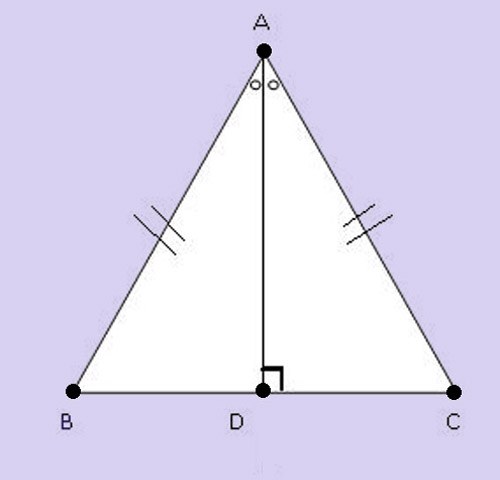 5
Fifth method – using a ruler, pencil and compass. In geometry, an inscribed angle, based on the diameter of the straight. Draw the compass circle. Guide diameter through its center. Mark an arbitrary point on the circle and connect it to the ends of the diameter lines. The angle formed by line segments – direct. 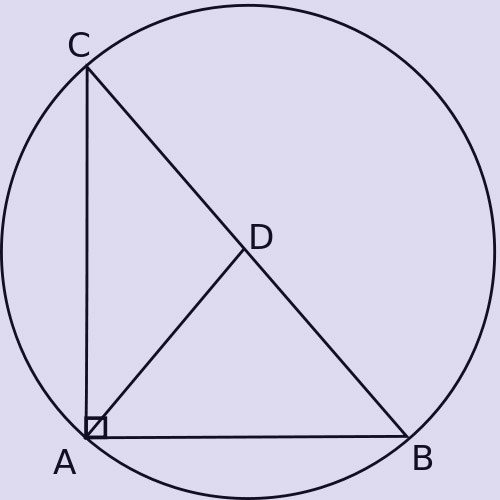 6
Sixth method - an alternative way to construct a right angle using compass and ruler. Draw any two circles so that they overlap each other at two points. Connect these points by a line segment RR’. Then swipe through the centers of the circles straight. Cut and video intersect at an angle of 90 degrees. 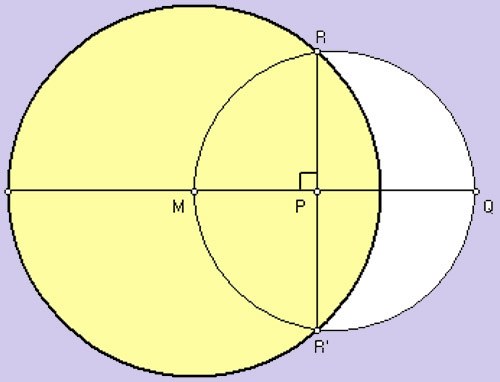 7
The seventh way – if you need to draw the line perpendicular to the vertical surface, for example wall, use a plumb. To one end of the rope tie a weight. Now, if you hold the other end, the rope will be tensioned under an angle of 90 degrees to the horizontal. Bring the plumb line to the wall, draw the rope along a straight line. The angle between the line and the floor will be direct if you have a horizontal floor.
8
The eighth way – with a rope tied through the 12 equal intervals of the knots and the Pythagorean theorem. This method was used by the ancient Egyptians. If you pull the rope so that it formed a treanglethe parts with sides 3, 4 and 5 intervals, the angle opposite the longest side will be straight. By the Pythagorean theorem: 3^2+4^2 = 5^2. So, treanglethe parts – rightcorner of thespacious. 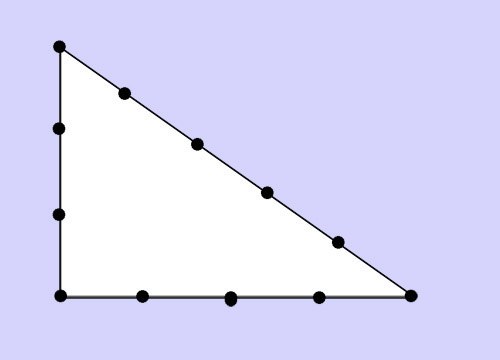