How to find mol of substance

In chemistry, widely used the concept of "mole". It is the amount of substancethat contains approximately 6,02214*10^23 of its elementary particles — molecules, ions or atoms. For ease of calculations, that is a huge number which is called Avogadro's number, often rounded up to 6,022*10^23. A mole is measured in grams. 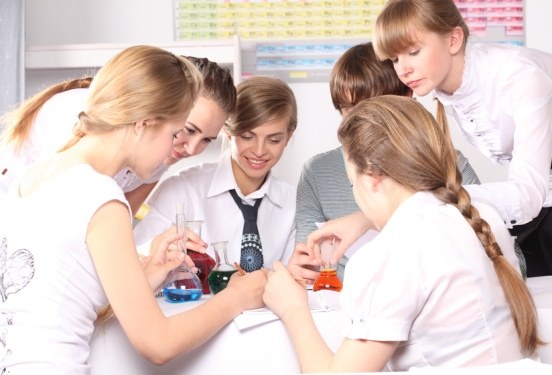 Related articles:
Instruction
1
To find mol of substance, you need to remember a very simple rule: the mass of one mole of any substance is numerically equal to its molecular weight, only expressed in other units. And how is the molecular weight? Using the periodic table you will learn the atomic mass of each element in molecule of the substance. Next you need to fold the mass of an atom with the index of each element and get a response.
2
For example, widely used in agriculture fertilizer, ammonium nitrate (or different ammonium nitrate). The formula of this substance NH4NO3. How to determine what is it mol? First of all, write down an empirical (total) formula of the substance: N2H4O3.
3
Calculate its molecular weight given the index of each element: 12*2 + 1*4 + 16*3 = 76 .e.m. (atomic mass units). Therefore, its molar mass (i.e. the mass of one mole) is 76, only its dimension: gram/mole. Answer: one mole of ammonium nitrate weighs 76 grams.
4
Suppose you are given such a task. We know that the mass 179,2 liters of a gas is 352 grams. You must determine what is the weight of one mole of the gas. It is known that under normal conditions one mole of any gas or mixture of gases occupies a volume of approximately 22.4 liters. And you 179,2 liters. Perform a calculation: 179,2/22,4 = 8. Consequently, this volume contains 8 moles of gas.
5
Dividing the known conditions of the problem a lot on the number of moles, we obtain: 352/8 = 44. Therefore, one mole of the gas weighs 44 grams is carbon dioxide, CO2.
6
If there is some amount of gas of mass M enclosed in a volume V at a given temperature T and pressure P. it is Required to determine its molar mass (that is, to find out what is its mol). To solve the problem will help you a universal equation Mendeleev-Clapeyron: PV = MRT/m, where m is the same molar mass, which we need to determine and R is the universal gas constant, equal to 8,31. Transforming the equation, we get: m = MRT/PV. Substituting in the formula the known values, you will find, what is a mole of gas.
Useful advice
In the calculations of the commonly used rounded values of the atomic weights of the elements. If you require more precision, then rounding is unacceptable.
Is the advice useful?
See also
Подписывайтесь на наш канал