How to fumigate with incense

Incense is a substance that is produced from the aromatic resin of certain plants in the Mediterranean region. Since ancient times it was used as a means of dealing with evil spirits: it was believed that the smoke from the combustion of pieces, repels all sorts of evil spirits. In the Christian religion, incense plays an important role. I believe that during the fumigation of premises of smoke of this substance is exorcised. In addition, this is known as a symbol of the prayers of Christians offered to God. 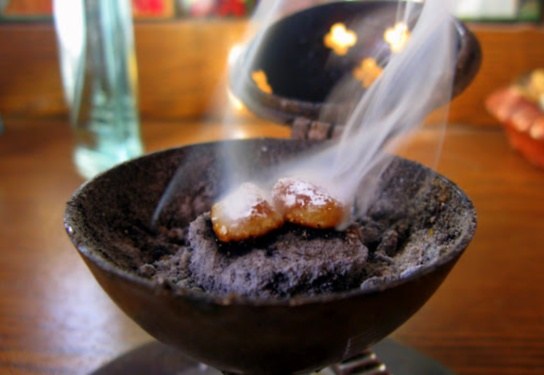 Related articles:
You will need
Instruction
1
Mainly incense is intended for the fumigation of churches, chapels, prayer rooms where believers gather. But you can also use incense and for fumigating private homes, apartments. It is not forbidden, but rather encouraged.
2
Incense to use in the home must be purchased either in the Church shop, or in a specialty store, which operates under the auspices of the Church. According to religious canons, incense, bought from an atheist or a representative of any sect, will not have miraculous powers.
3
Substance shall be burned by all the rules, that is, in the censer. Why purchase a bench in the Church a special container for the laity.
4
After the incense begins to smoke should slowly around the room with the censer, going counter-clockwise. Fixture better gently shaken to smoke aromatics all touched surfaces and items. It is desirable to read out loud in prayer, loud and clear voice. Specify what prayer should be read during fumigation, no, so you can choose almost any, starting with "our father."
5
How often should I fumigate the dwelling is also not specified, so every believer is addressing the issue independently, based on the degree of their religiosity, availability of free time etc. Can consult on this topic with a priest of his Church.
6
If for some reason it is impossible to acquire a censer, incense can burn through any metal containers – even flatware. Pieces of matter put into the recess drew and place it on the bottom over the flame of a candle. Very soon there will be smoke. Then, holding in one hand a lighted candle, and in the other a spoon with the steaming incense, go around the room, reading prayers. Such a modest censor will not affect the sanctity of the ceremony; as long as it is done with sincere faith in the heart.
Is the advice useful?
See also
Подписывайтесь на наш канал