How to determine the growth in pictures

Calculation of growth at the photos can not give 100% accurate result. But estimates still can be done. We just need to look closely at the objects that surround people in the picture. And you should use the observations of anthropologists and formulas of trigonometry. 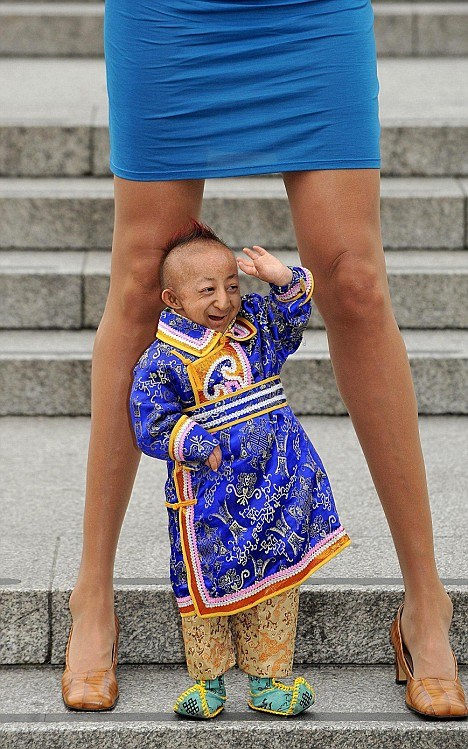 Related articles:
Instruction
1
Look closely at what is in the photo besides the man. Some items have a fixed size. For example, if a person stands near a standard door opening, car, table, it is possible to represent its approximate height.
2
If the photos are no benchmarks with which to compare the captured man, look closely to the figure in the picture. Anthropologists have noticed that the face height of an adult average growth is 1/8 of the body length. If the head is less than this amount – for example, the 1/9 part of the body, then the person in the picture high growth. If the head is large – this is likely a symptom of low growth. This calculation method can be used only if the person is filmed in full growth.
3
Another anthropological method. Measure the width of the shoulders and head of the hero of the picture. The man of average growth shoulder width equal to twice the width of the head. Also, if the target object is not fully removed, it is possible to determine its growth according to standard body proportions. For example, the distance from the tip to the elbow is ¼ of the growth of the person. The same importance is the distance from the top to the nipple. The smaller the ratio, the lower.
4
To determine growth, we may recall the school program. In particular, the theorem of cosines: the square of any side of triangle (a) is equal to the sum of the squares of the other two sides of the triangle (b and c), minus twice the product of these sides into the cosine of the angle (α) between them.Man, the growth of which is required to be in this case one of the sides of the triangle. The length of the remaining two sides recognize the camera, which was done the. If it is digital, then the distance to the object it is specified in the EXIF file. The angle at which the photo was made can be determined by eye. And then the table Bradis find the value of cosine for this angle.
Is the advice useful?
See also
Подписывайтесь на наш канал