Where to go in Moscow

Moscow is not only the capital of the Russian Federation, but also the largest city in Europe, with centuries-old history and many attractions. It is difficult to grasp the immensity and visit all the interesting places in Moscow. But there are the most significant Moscow sights, meet with whom is obligatory. 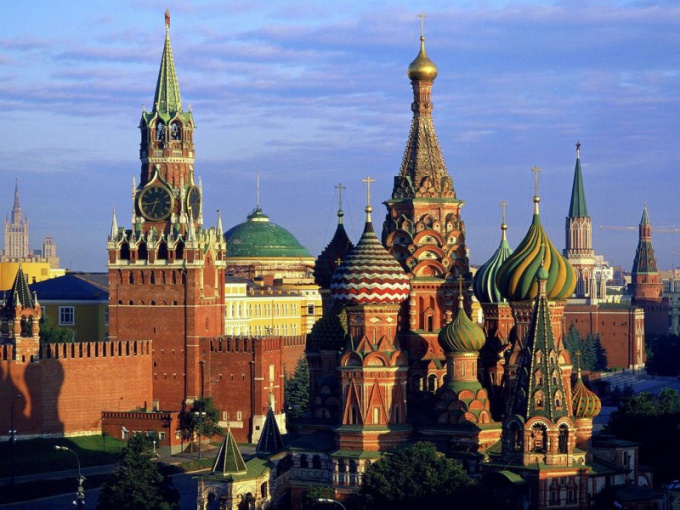 Related articles:
The acquaintance with Moscow, as a rule, begin with a visit to red square and the Kremlin are the iconic characters and the main attractions of the capital. In the Kremlin are the famous museums: the Armoury chamber and Diamond Fund. Between the Ivan the Great bell tower and the Church of the Twelve apostles is the biggest gun in the world that has not made a single shot – Tsar cannon. And the East wall of the belfry stands the famous Tsar bell, weighing more than two hundred tons. Certainly worth a look located on red square the Cathedral of the Intercession of the blessed virgin Mary, known as St. Basil's Cathedral. It was built in 1555-1561 under orders from Ivan the terrible to commemorate the capture of Kazan. Prechistenskaya embankment near the Kremlin, Cathedral of Christ the Savior, whose history is tragic. A believer should also make a pilgrimage to the Pokrovsky monastery, where the relics of St. Matrona. Blind since birth, the Holy Orthodox had the gift of foresight and the ability to heal the sick. A stream of people to the relics of Saint Matrona does not dry out. The assurances of believers, its power to possess extraordinary healing powers. You should visit the Moscow Museum-reserve Tsaritsyno, which is a cultural monument of XVIII-XIX centuries. View built by order of Catherine the great architect V. I. Bazhenov the Grand Palace in the pseudogothic style. Take a walk, weather permitting, at the majestic alleys Tsaritsyno Park with many romantic grottos, bridges and pavilions. You can go on a themed tour and to meet with the "mystic Moscow" or "Moscow of Bulgakov", for example. To pick up in the capital of any other interesting tour or Museum will not be difficult. We cannot ignore one of the world's largest museums – the Tretyakov gallery. It exhibited paintings of artists who are the real pride of Russian art.
Is the advice useful?
See also
Подписывайтесь на наш канал