How to prevent flood

Flood is a natural calamity that may cause significant human casualties and enormous material damage. The sad irony is that the misfortune man brings water, vital to him. From time immemorial people settled on the banks of ponds. But if the water level suddenly and dramatically increase, for example, due to heavy rains, strong winds, tides, etc., it can turn into a dangerous enemy. 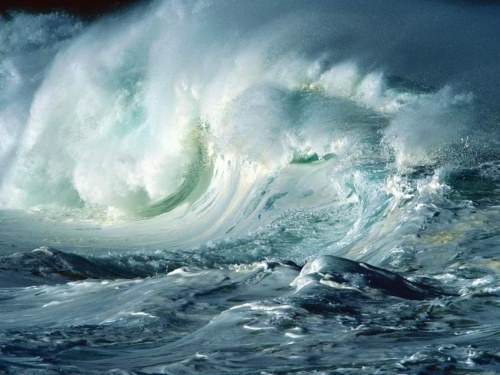 Related articles:
Instruction
1
Of course, with the element will not argue. But with reasonable precautions taken in advance to minimize the damage, and most importantly – save lives. For example, in those areas exposed to frequent and severe flooding, it is necessary to erect a protective wall (of a dam). It dam rescued from flooding the whole country – the Netherlands, a large part of whose territory lies below sea level. The second largest city of Russia – Saint-Petersburg – frequently suffered from devastating floods. After the construction of the dam spanning the Neva Bay, this danger has been minimized.
2
In many parts of the coast of Japan, bombarded by the waves of the tsunami, also built a dam. If the height of the waves not too big, they successfully resist their onslaught. But, of course, with a particularly strong tsunami (in March 2011), even they will not help.
3
A huge role in the prevention of flooding on rivers is played by the system of dams and reservoirs. For example, during strong and continuous rains, particularly in mountainous terrain, where the water, without being absorbed into the soil, runs down the slopes, the river can quickly overflow, leading to flooding. If the bed of the river by dams, flooding can be prevented. First, in most cases, before the dam then there is a natural reservoir that can accept large additional amounts of water. Second, even if the reservoir level will rise to alarming limits, the excess water can be reset through the same dam, opening of the valve. Of course, dams and reservoirs, can not give a 100% guarantee to prevent flooding. But their risk will decrease considerably.
4
Simple and effective, though time-consuming method – the construction of protective walls along the banks of the river. As a rule, they are made from sandbags, if the water level is dangerously rising. These works, if necessary, attract not only rescuers, but also military personnel, law enforcement officers, volunteers from the civilian population. Shafts are being built in those places, which face inundation.
Is the advice useful?
Подписывайтесь на наш канал