Where to go in Egypt

Going to rest in Egypt, you probably ask this question: where to go and what attractions to visit? Every stone of Egypt breathes its history, I saw the magnificence of his monuments, you will want to come back again and again. 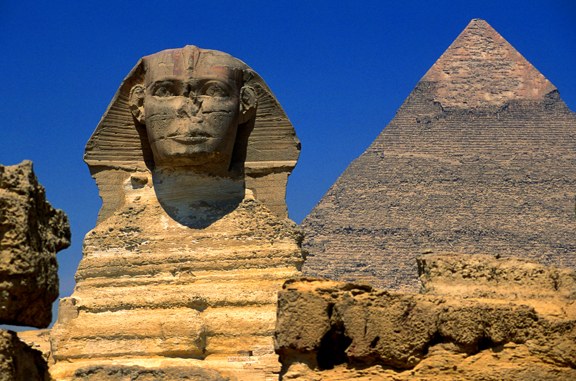 The main and the main hallmark of the fascinating Egypt are the pyramids and monumental sculpture in a variety of sizes and shapes. The city of Giza is the third largest population living here and actually merges with Cairo. Here are the famous Egyptian pyramids (Cheops, Chephren and Mikerina), as well as the Great Sphinx. However, the surroundings of the pyramids fenced area that can not be crossed, as it is a protected area. The sculpture of the Great Sphinx is a carved stone image of a mysterious creature with human head and lion's body. The length of this Sphinx 57.3 meters height – 20 meters. The immense stone paws of the unknown creatures is a small temple, unfortunately, completely destroyed. A unique place for fun, relaxation and acquaintance with the monuments of ancient Egypt, Alexandria, known as the pearl of the Mediterranean sea. It seems that the city is divided into two parts: the new town is situated on land that is modern but has the old part, which has many bazaars and narrow alleys. Visit in this Royal jewelry Museum, the Marine biological Museum, Museum of navigation. In Alexandria is to look at the catacombs of Kom al Shukafa, which represent a large cemetery, located in the rock on three levels. In Cairo in front of your eyes gaze at the mosque of Sultan Qalawon and delicate minarets of Mohammed Ali. Take an unforgettable tour of a jewellery and papyrus factory and the perfume Museum. Cairo can rightly be called a tourist Paradise or the amazing city of fairy tales "Thousand and one nights." The number of collected here monuments of the Roman, Egyptian and early Christian history will enchant even most experienced traveler. Dahab is a small resort area that attracts large number of tourists and travelers. Fenced off part of the Peninsula has retained its natural landscapes and is considered one of the cleanest places on the planet. This resort has all the conditions for Windsurfing and diving. And St. Catherine's monastery, mount Sinai, Colored canyon and many other historic places will leave an unforgettable impression. The red sea is one of the warmest seas in the world, which boils resort life. The coastal strip of coral reef stretches almost two thousand kilometers. The coastal waters are inhabited by various species of corals (more than two hundred species), jellyfish, starfish, hundreds of species of fish and sponges. Constant favorites of locals and tourists stay turtles are long-lived and dolphins, distinguished by its impeccable intelligence.
Is the advice useful?
Присоединяйтесь к нам
New advices