How to find cofactor of the matrix

Algebraic Supplement is one of the concepts of matrix algebra applied to the elements of the matrix. Finding algebraic additions is one of the steps of the algorithm for determining the inverse matrix, and matrix operations division. 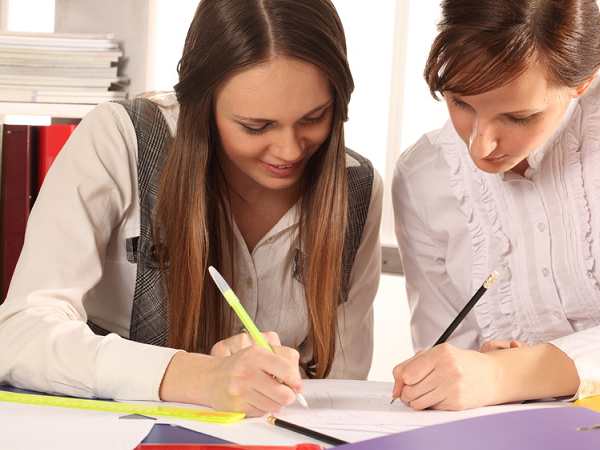 Related articles:
Instruction
1
Matrix algebra is not only an important topic in higher mathematics, but a set of methods for solving various applied problems by constructing a linear system of equations. The matrix used in economic theory and in the construction of mathematical models such as linear programming.
2
Linear algebra describes and examines a number of operations on matrices, including addition, multiplication, and division. The last action is conditional, it is actually multiplying by the inverse of the second. And then pass on using the algebraic complement of matrix elements.
3
The concept of an algebraic complement directly follows from two other fundamental definitions of matrix theory. It's determinant and minor. Determinant of a square matrix is a number which is obtained by the following formula based on values of elements:∆ = a11•a22 – a12•a21.
4
Minor of a matrix is its determinant, whose order is one less. The minor of any element is obtained by removing from the matrix the row and column corresponding to the item number of the item. I.e. the minor of matrix M13 is equivalent to the determinant obtained after striking out the first row and third column:M13 = a21•a32 – a22•a31.
5
To find the cofactor of matrix, define the appropriate minors of its elements with a certain sign. The sign depends on in which position the element. If the sum of numbers of row and column is an even number, then the cofactor will be a positive number, if odd, negative. Ie:Aij = (-1)^(i+j)•Mij.
6
Example.Calculate algebraic additions.
7
Solution:A11 = 12 - 2 = 10;A12 = -(27 + 12) = -39;A13 = 9 + 24 =33;A21 = -(0 - 8) = 8;A22 = 15 + 48 = 63;A23 = -(5 - 0) = -5;A31 = 0 - 32 = -32;A32 = -(10 - 72) = 62;A33 = 20 - 0 = 20.
Is the advice useful?
See also
Подписывайтесь на наш канал