How to repair a cuckoo clock

Watch with cuckoo produced on the basis of mechanical clocks-clocks. We can say that this is a common clock, but each hit is accompanied by a "cuckoo" cuckoo, which appears in a special window pane of the dial. Sometimes, quite rarely, there are models in which "the cuckoo" is not accompanied by a fight. 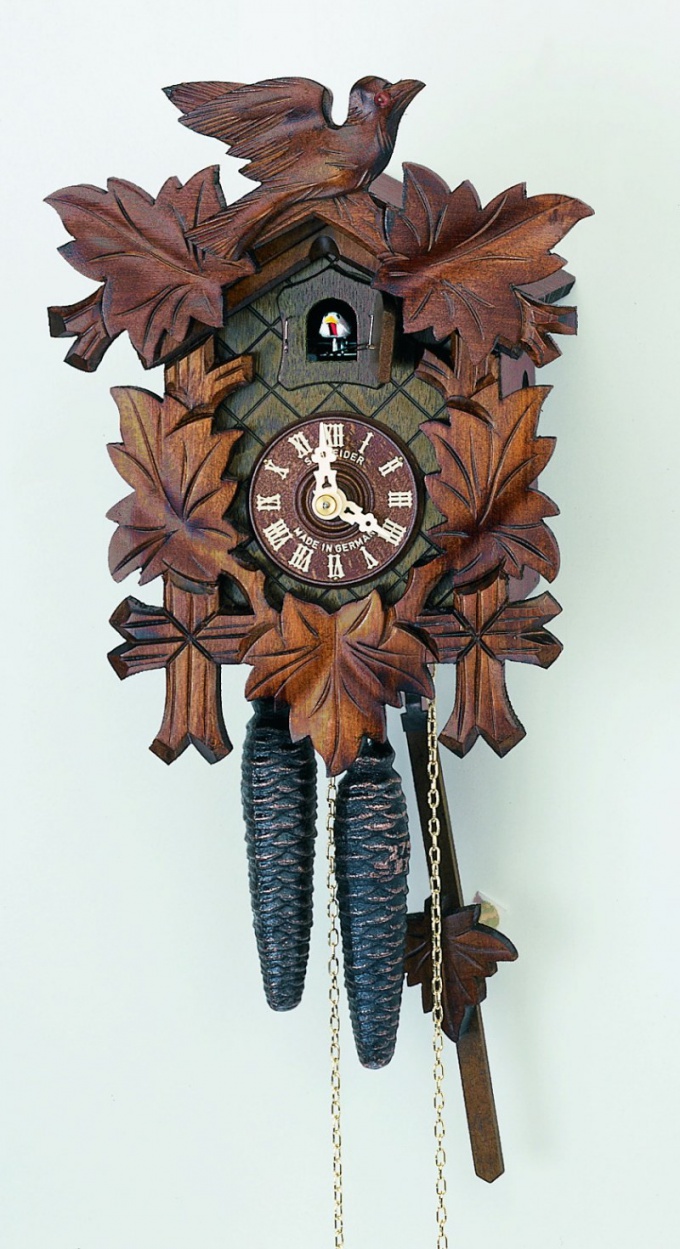 Related articles:
You will need
Instruction
1
The mechanism of the fight - "cocomania" - designed simply. On the minute wheel hours fixed two pins. Revolving with the wheel, every 30 minutes, the pin raises special duplici the lever. This lever, in turn, rests on the arm snapping and picks it up.
2
You can highlight some of the most common failures inherent in the model. Perhaps the most common problem is that the figure of the cuckoo cannot return to the watch case. Open the cover located on the rear of hours. Let's see, where is the back of the figures. The tail of the cuckoo should be at the top of a special whistle. If necessary, correct the figure and secure it to the bracket.
3
If the signal of a cuckoo does not correspond to the indication of the arrows, you need to check the swivel pin cushion. To gain access to the mechanism, open the door in the window of the housing. If necessary, bend the pin cushion up.
4
Another common breakdown is not a coincidence the number of strokes with the indication of the arrows. For Troubleshooting, you must remove the weight and set the hour hand to the number corresponding to the number of raised bumps. Then set the weight in place, and the clock - to the current time.
5
If you repair this way failed, you need to adjust the gap lever accounts. To do this, open the caseback and see what point break battle. Bend the nose of the lever in the desired direction.
6
Carefully inspect the pins of the minute wheel. Make sure that they do not fall out and not bent. If you find a problem, remove the hands and open the door of the cuckoo. Unscrew and remove the panel. Remove the minute hand wheel and the bushing.
7
Bend the pins of the wheel and secure the fallen pins. Install them in place and secure.
Is the advice useful?
See also
Подписывайтесь на наш канал