How to cook a delicious Apple pie

A special recipe of Apple pie is, in every national cuisine, not even one. The Americans say that their love for Apple pie led the country in the largest producers of this fruit. The Dutch claim that pie bars came up with their great-grandmother in Russia is very popular "Tsvetayeva's Apple pie", but the French are crazy about his tarte tatena. Some of the most delicious pies you can decide, just try them all. 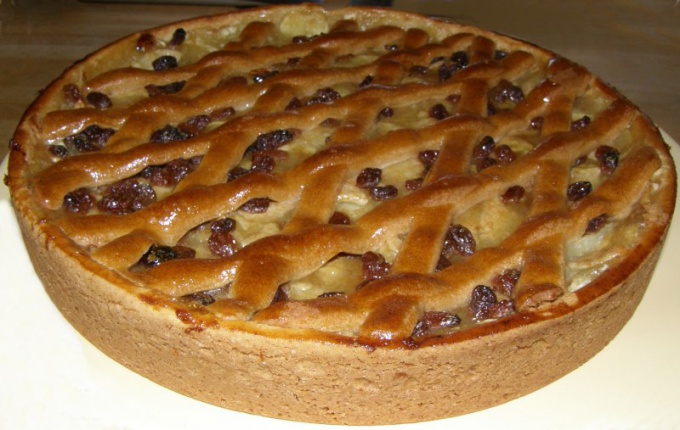 Related articles:
You will need
Instruction
1
In a small container at night, soak the raisins in the rum or cognac. If you forget to do this in advance, you can put a bowl of raisins and alcohol in the microwave, heat for 2 minutes and allow to cool.
2
In a large bowl sift flour slide. Whisk lightly whisk the eggs, put about 1 tablespoon egg mixture and pour the rest of the flour. Cut into cubes of butter and put it there. Add 175 grams of brown sugar. With lemon remove the zest, cut in half and squeeze the juice. Both put in the dough. Add a pinch of salt. In a food processor or a mixer with attachments guitar, knead the dough. Can also do this manually. Roll the dough into a ball, cover with a clean cloth and set aside for 20-30 minutes.
3
Preheat the oven to 175оС.
4
Apples wash, wipe and clean. Cut them into cubes and sprinkle with juice of the second lemon halves. Put peeled and chopped apples raisins and remaining brown sugar and spices. Take a sieve and sprinkle the apples with corn starch. Mix everything well.
5
Take the form for the dough and grease it with butter. You can also use a special baking paper. Take about ¾ of the dough and cover them, wiping his hands, the bottom and sides of the form. Put the dough on the prepared stuffing.
6
Of the remaining dough roll into about 5 strips. Put 3 strips in one direction parallel to each other at an equal distance, and two across them. A little tap on the strips so they are slightly submerged in the filling. Slightly tighten the edges of the dough on the stuffing. Brush the grill on the cake and the edges of the remaining egg mixture. Put the cake in the oven and bake for about 1 hour.
7
Remove the hot pie from the oven, let it cool slightly. Remove the cake from the mold, cut into pieces and serve with a scoop of vanilla ice cream or whipped cream.
Is the advice useful?
Присоединяйтесь к нам
New advices