How to do ABC analysis

The method of ABC analysis is to classify all resources according to importance for the company. The method is based on the Pareto principle and ABC analysis it is interpreted as follows: "the use of 20% of the resources allows for 80% control system". The system's position are ranked most often 3, rarely 4-6 groups. The most valuable resources defined in group A, intermediate in group B and lowest value in group C. 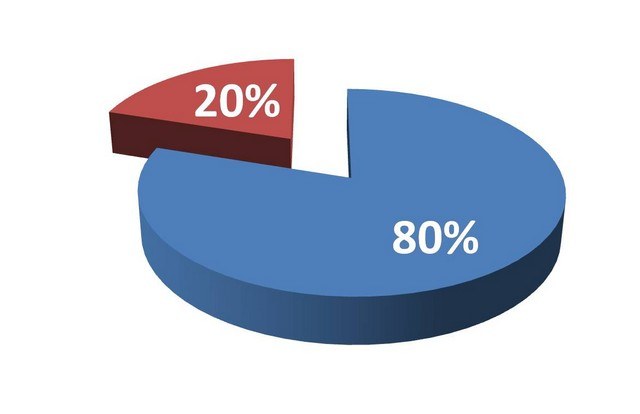 Related articles:
Instruction
1
First of all, you need to define the purpose of the analysis. Usually a ABC analysis is carried out with the purpose of increase of efficiency of use of resources of the company, be it customer base, the range or providers.
2
Having defined the objective, spells out specific actions according to the results of the analysis: the fact that the company is planning to make with those obtained by this method with results.
3
After that select the object for analysis, and the parameter is the sign by which you are going to analyze. A typical object ABC analysis – product group. Parameter for its measurement and description will serve as the sales, turnover, income and some other criteria.
4
Make a list of the analyzed objects, indicating the value of its parameter. Then sort the objects by descending values of the parameter.
5
Calculate the concentration parameter of each object from the total amount. It is convenient to use a share cumulative total – this is calculated by adding another parameter to the sum of the previous.
6
Select among the objects of groups A, B and C. group A will include objects that have percentages of 80%, in group B - 15%, and in group - 5%.
7
Do the same with all parameters which can describe the object. As a result of the ABC analysis are obtained is very telling data that shows which resources give the company the greatest benefit.
Note
In addition to the described empirical method of separation of groups, there is also a method amount. It differs in that the individual share of each object is the total fraction of the group, so the amount value ranges from 0 to 200%. At that, the group in group A will include the objects with the sum of the proportions is 100%, in group B - 45%, and in group C - all remaining objects.
Useful advice
Each object is convenient to analyze in the same spreadsheet file. Each individual tab will show the ranking of the objects according to some parameter.
Is the advice useful?
See also
Присоединяйтесь к нам
New advices