Why do we see one side of the moon

People started studying the moon many centuries ago. In the XVII century was drawn up the first lunar maps. However they were shown only one side of the moon. The study of the second, reverse sides, became available to people only as a result of space flight. 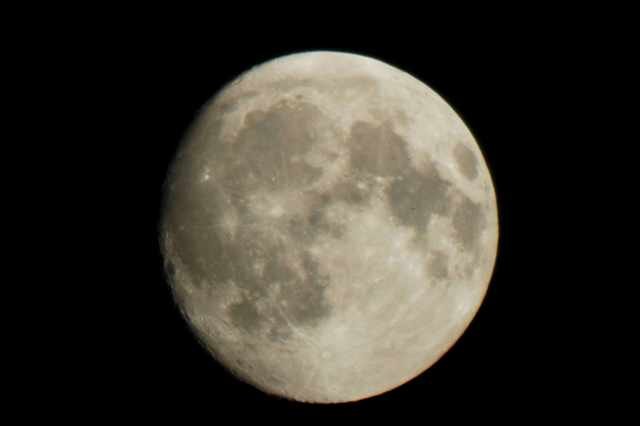 Related articles:
The moon makes a complete revolution around the Earth in 29.53 days or 29 days, 12 hours and 44 minutes. That's how much time passes between the repetition of the lunar phases. In addition, during this same period of time the Moon makes a complete revolution around its axis, which becomes the cause of permanent invisibility is one of its sides for the inhabitants of our planet. This phenomenon is not a coincidence, but rather a consequence of the influence of the planet on the satellite.To better understand how this occurs, try a little experiment. Take two balls of different sizes, and then use a felt tip pen or marker draw a small ball on a line so that it divided the ball into two hemispheres. Spin the ball is the moon ball around the Earth, while keeping an eye to one of the little hemispheres of the ball was always directed in the direction of big. For the same period of time the ball is the Moon will turn around the second ball and around its axis.It should also be noted that the assertion that we always see only one half of the moon, i.e. exactly 50% of its surface, is incorrect. The fact that although the moon takes about the same amount of time to commit a full revolution around the Earth and around its axis, the speed at which it revolves in its orbit, is not constant. When approaching the Earth the movement of the moon is accelerated, and removing slows. This is due to the gravitational attraction of celestial bodies: the closer a satellite is to the planet around which it revolves, or planet is to its star the greater the velocity of rotation. Due to this phenomenon that is called libration in longitude, we may from time to time to see Western and Eastern edge of the back side of the moon. Moreover, since the axis of rotation of the moon is slightly tilted relative to the plane of the Earth, we can also see southern and Northern edge of the reverse side. The equator of the moon is at an angle to its orbit, so it rotates around our planet, the satellite shows are part of the southern region, the Northern part. Given all of libration, we can see a total of 50% of the lunar surface, and 59%.
Is the advice useful?
Присоединяйтесь к нам
New advices