How to tie a scarf arafatki

For years arafatki are considered very fashionable accessory that can be worn not only as a headdress, but and tie it at the waist instead of a belt, or to combine with different outfits as the volume of the scarf. 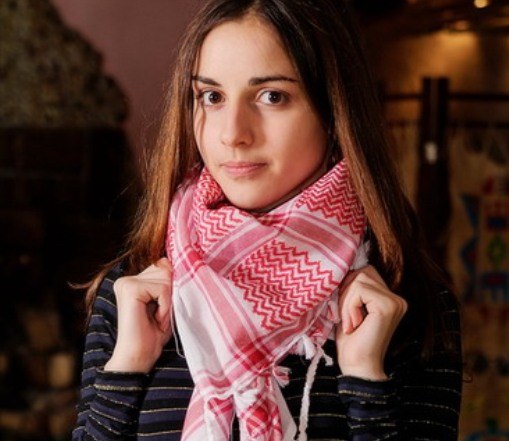 Related articles:
Instruction
1
To tie a scarf arafatki the most simple and common way, fold it in such a way as to form a triangle then attach it with the wide side on the neck and chest?. Both side end behind your back, then wrap them around the neck and cross it in advance. What to do with these tips on will depend on your preference, clothing style and particular outfit.
2
You can just gently straighten the ends, leaving them free. In addition, they can be tied, and over the wide part arafatki and. With this you can just tie a bow or a pre-twist in the harness, and then tie. If you are using classic arafatka – tie located at the edges of the braids.
3
If you want the scarf was small and had the appearance of two triangles, one of which is located on the front of the neck and one on rear, fold arafatki in half to make a rectangle. Then fold it diagonally to make two triangles. Take a scarf with the ends, throw on a neck tie and side view of the two nodes.
4
You can tie a scarf and tie: fold it in half into a triangle, throw it to the wide side on the back, and the side ends in advance. Then straighten it and tie the ends on the free site. To "tie" was not undone – advanced tie another knot.
5
Very unusual looks arafatka scarf as a tourniquet. To make it, lay the handkerchief on a flat surface, fold it diagonally, so he took the shape of a triangle. Then twist it into a bundle, leaving a small end free. Put the twisted scarf and wrap it twice around the neck. To secure it, tie it at the ends of two nodes.
6
If you have a long arafatka (1.5 to 0.5 m) – can wear it tied as a regular scarf. Fold the length in half and attach the part that has the form of loops of your liking on the right or left side of the neck, and thread through the resulting loop the ends of the scarf. Then you just have to beautifully straighten the folds of the scarf and the ends.
Is the advice useful?
See also
Присоединяйтесь к нам
New advices