How to knit propatent gum

The canvas associated patent or propatent bandseems bulky and elastic. Patent, it is gum looks smoother than usual. But the product required a lot more yarn, and this pattern is done very quickly. On propatent binding need less threads, but it looks no less rich. 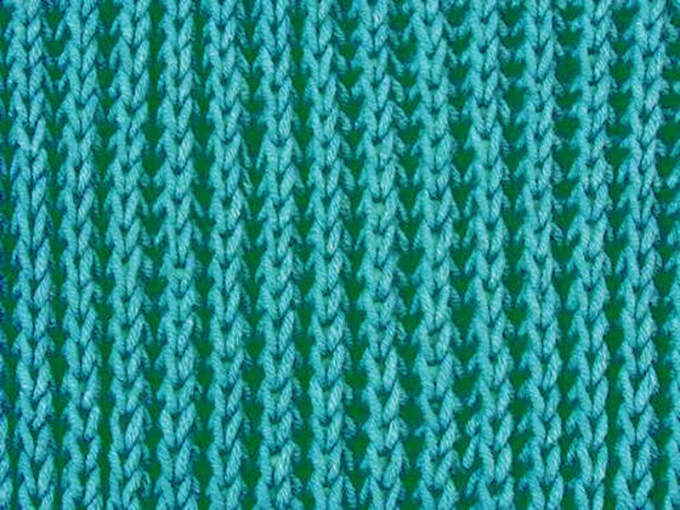 Related articles:
You will need
Instruction
1
Propatent gum can be linked in two ways. The choice of the variant depends on what kind of item you are knitting and what knitting needles, straight or circular. Straight pattern will turn out on the wrong side of the work. The number of loops must be odd.
2
Type loop in the usual way, pull out one needle and remove the edge. The first row is considered the front. Fit it like this: 1 loop to remove nepovezane with nakida (thread before work, that is, the loop is removed as a purl), 1 front. Alternate so loop to end of row. Before the edge you need to be a loop, filmed with nakida.
3
In the second row promazyvaya removed the loop together with stitches of the front, and the reverse - pattern. At the end of the row in front of the edge should be beveled and yo in the previous row loop. Provarite their face. Repeat the pattern from the first row.
4
On circular needles easier to perform propatent gum in another way. It is suitable for both direct to the same fit somewhat faster than the first option. Similarly, enter an odd number of stitches on straight needles, or even circular. In the second case, jumper the knitting into a circle. First row knit, alternating front and back loops. With a circular knitting be especially careful at the end of the row. There should not be two identical loops in a row. When you run the picture straight spokes front edge should be the reverse.
5
In the second row facial loops promazyvaya of the front loops of the previous row, and purl - pattern. On straight spokes in the front end of the edge should get a facial. The third row pattern repeat.
6
Close propatent gum is exactly the same as the patent. In the last row do not make nakido. Nakida and the front loops of the previous row provarite together. In the last row extreme and the following loop promazyvaya together, the picture that is on the front turned front, and over purl - purl.
Note
Be careful when knitting with circular needles. Don't forget that the third and all odd rows you need to knit regular elastic 1x1. Scarves and other products that have the same elegant look from both sides, it is better to knit patent rubber band. For sweaters fit polupoltina.
Useful advice
When performing a patent gum turns out the same pattern on both sides. This is achieved by the fact that in the front and in the back row of the front loop is removed with stitches, and purl promazyvaetsya.
Is the advice useful?
Присоединяйтесь к нам
New advices