How to calculate the vector

Vector as a directed line segment, does not only depend on the absolute value (modulus), which is equal to its length. Another important characteristic – direction vector. It can be defined as coordinates, and the angle between the vector and the coordinate axis. Vector calculation is also produced when finding the sum and difference of vectors. 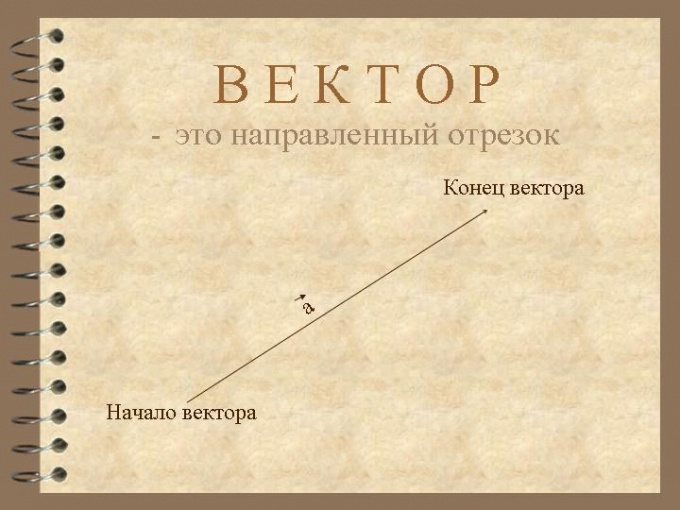