As the age of the parents affects the child's health

The question of how parental age affects the health of the child, has long troubled scientists. Despite numerous studies the issue remains relevant today. This happens due to the fact that research results often are very different, and sometimes they are directly opposite. Thus, some researchers argue that healthy offspring can only be born from young parents, others claim that children from middle-aged pairs are more viable and have a penchant for longevity. 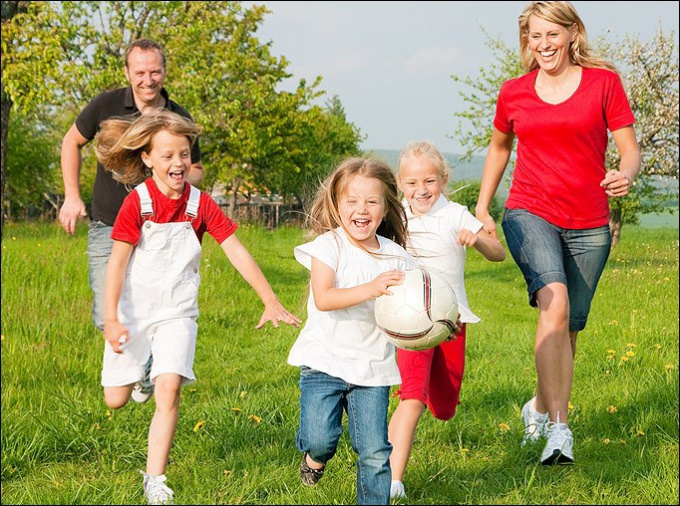 Father's age has a smaller impact on child health than maternal age. Although the synthesis of sex hormones in men and decreases to 45-60 years, however, it does not mean the complete extinction of their reproductive abilities. The natural biorhythm of the lower synthesis of testosterone (main sex hormone) is approximately 1% in each subsequent year. This means that even in 80 years old man can have a reduction in the production of testosterone by approximately 25-50% relative to normal. This is a good, if not excellent, record in terms of conception.

However, the chances of becoming a father at this age, less sperm is not so moveable and resilient, but the statement that these fathers have children with abnormalities, is, according to doctors, a myth, nothing more. That is, such a possibility is not excluded, but as men age it is associated little.
2
Still, some scientists are inclined to believe that the "contribution" of older fathers in child health carries risks. So, in a scientific environment, studying this question, it is considered that the men who turned the half-century milestone, 15-20% more likely to transmit to their offspring in an autosomal dominant disease, is associated with improper cell division. The number of such diseases: neurofibromatosis (changes in the nervous system and mutations in the skin), Aper syndrome (anomalies of the skull and hands), dwarfism (achondroplasia), as well as autism, schizophrenia, epilepsy, tumors and congenital heart disease.

Despite the existence of risks, the practice shows that older fathers in our time is not uncommon and that they grow healthy, beautiful, and often brilliant children. Just at this age a man should talk sensibly and before offspring should be genetic counseling. Should speak frankly to a geneticist and to indicate all congenital malformations in 3 of the last generation with the aim of identifying or excluding a doctor of the defective gene. And yet the man must undergo a semen analysis on the quality of sperm.
3
The age of the woman

Alas, a woman after 36-40 years the risk of having a disabled child increases. The most common genetic abnormality is down syndrome. On unraveling the mechanism of this phenomenon is beating a generation of geneticists, but to give a definite answer, no one can. Meanwhile, the fact remains that in women under 35 years of age every 400th is born with down syndrome, the 40-year-old mom with this disease is born every 109 baby, in women over 45 years old down syndrome occurs in every 32-th child.

Woman after 35 years is also at risk to give birth – child insulin-dependent (type I diabetes). At age 35 the risk increases to 20-25%, and then increases every five years. So, for women after 45 years the risk to give birth to a child for 18-20 years develops diabetes, increased 3 times.
4
In terms of the poor state of the ecosphere, as a result of improper or unbalanced diet, and unhealthy habits and sedentary lifestyles the health of many women older than 40 years can not be called excellent. Often by this age, accumulated a large bouquet of diseases. Of course, it can also affect the health of the unborn child. Sad statistics...

However, modern means of prenatal diagnosis and the latest medical advances in the field of pregnancy significantly raise the minimum age of women who bear and give birth to healthy children.
Note
Despite the alarming statistics, Mature age, parents have a definite advantage. "Later" moms and dads are more wise, calm, they are able to make informed decisions, ready to give more time to your child, as it is for them or welcome joy, or unexpected happiness. Moreover, the "Mature" moms are more likely to breastfeed than young, so their children receive everything necessary for normal development and subsequently do better in school.
Is the advice useful?
Присоединяйтесь к нам
New advices