Why is the sunset red 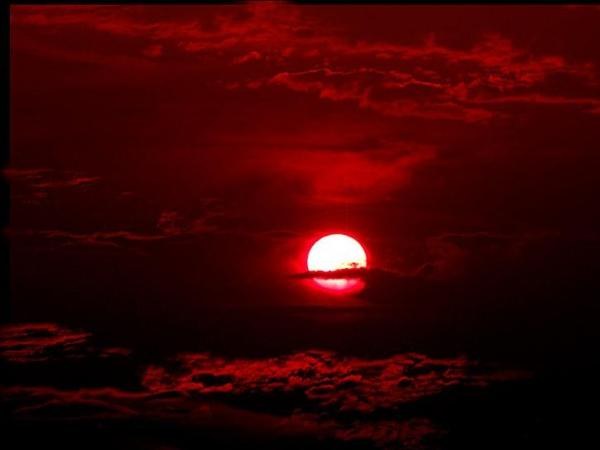 Sunlight passes deep layers of air before reaching the ground. The color spectrum of light is extremely wide, however, it is possible to allocate seven basic colors from red to violet, which are the main colors of the spectrum. Color, visible to the eye due to the wavelength of light. Accordingly, the red color gives the longest light wave and violet the shortest.


During sunset one can observe the disc of the sun fast approaching the horizon. Thus sunlight passes through greater thickness of air. The more the wavelength of light, the less it is susceptible to absorption of the atmospheric layer and present in this aerosol suspensions. To explain this phenomenon, it is necessary to consider the physical properties of blue and red colors, the familiar shades of the sky.


When the sun is at the Zenith, the observer can say that the sky is blue. This is due to differences in the optical properties of blue and red colors, namely, the ability to dispersion and absorption. The blue color is absorbed by the stronger red, but its ability to dispersion is much higher (four times) same power of the red color. The ratio of the wavelength to the intensity of light is a proven physical law, called "Rayleigh's law of blue sky".


When the sun is high, the layer of the atmosphere and mist separating the sky from the observer, relatively small, short-wave blue color has not been absorbed completely, and a high capacity for dispersal overpower the other colors. The day the sky appears blue.


When the time of sunset, the sun begins to rapidly descend to the line of the true horizon and the layer of the atmosphere is increasing dramatically. After a certain period of time the layer becomes so dense that the blue color is almost completely absorbed, and the red color due to its high resistance to the absorption comes to the fore.


Thus, at sunset the sky and the light itself is seen to the human eye in various shades of red, from orange to bright scarlet. It should be noted that at sunrise there is the same thing and for the same reasons.