How to calculate deviation

The calculation of the variance of the various indicators as the basis of analysis of economic activity of the enterprise. Similar calculations allow to predict the results at the end of the plan period. Comparison of plan and actual result helps to deeply investigate the real reasons that affect the development of the organization in the near future. 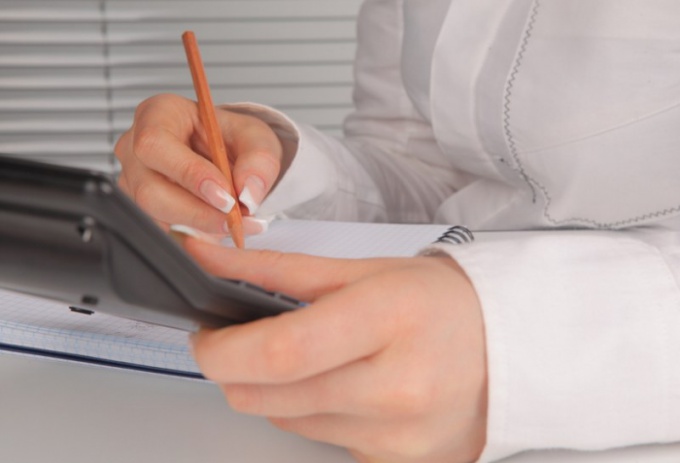 Related articles:
Instruction
1
Absolute otklonennogo obtained by subtracting the values. Is expressed in the same quantities as the indicators. The absolute deviation expresses the balance between the planned and actual indicator or between indicators of different periods. If the actual ahead of a planned turnover, the absolute deviation is recorded with a "plus , thus reducing the actual costs, despite the positive impact on profit of an enterprise is recorded with the sign "minus .
2
Relative otklonennogo obtained by dividing the figures on top of each other. Expressed as a percentage. Most often count the ratio of one figure to the total amount or the ratio of the change in the indicator to the value of the previous period. For example, to calculate relative deviation of the cost of utilities, it is necessary to divide them into the total cost of production. But if the resulting figure is multiplied by the cost of 1 unit of goods manufactured, as a result, you will be able to know what is the share of expenditure on utilities in the cost of this unit.
3
The relative deviations are much more insightful analysis of financial and economic activity of the enterprise and shows the changes more clearly than the use of absolute deviations. For example, in January, the company received 10 000 rubles of profit, and in December the figure was 12 000. In comparison with the previous period the company's revenue decreased by 2 thousand rubles. This figure is perceived not as acute as the deviation in percent: (10000-12000)/12000*100%= -16,7%. The decrease in profit by 16.7% very much. It can talk about serious problems with the sale.
4
Selective otklonenijami value calculated through the comparison of monitored indicators for a certain period with similar indicators of last year, quarter or month. Expressed in ratios. For example, a comparison of the values of month with the same month last year more informative than the comparison with the previous month. Calculation of selective abnormalities more relevant to companies whose business is affected by seasonal demand fluctuations.
5
The cumulative otkloneniyami not that other, as the ratio of the amounts calculated cumulatively from the beginning of the period to those for previous periods. Accumulation compensates for random fluctuations of parameters of activity, helping to accurately identify a trend.
Is the advice useful?
See also
Показать еще
Подписывайтесь на наш канал