How to conceive twins: omens, superstitions and science

In recent time in various women's forums often expresses a wish, a dream: "I wanted to give birth to twins!" Try to understand whether it is possible to influence the course of Nature and what can be done to conceive twins. The birth of twins, the phenomenon is not rare, according to statistics from hundreds of one giving birth giving birth to twins. What contributes to the conception of twins? 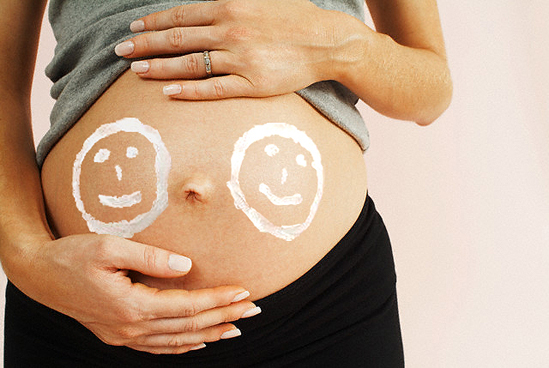 Related articles:
Instruction
1
At various times relevant to multiple pregnancy was different. So, if to believe national signs, in ancient times, the birth of twins was considered a misfortune for the family. This attitude towards twins can be traced from the various tribes of Africa and America. This was due, apparently, with difficult living conditions. "Methylene two brooms - the twins will be!" - warned a young woman friend, - "don't eat the egg with two yolks - doinate be born!"
The Slavs, Greeks, Egyptians, Europeans have been just the opposite: it was believed that the birth of the twins brings the family happiness, luck and prosperity. So next time gave birth to twins, the husband and wife are counseled together to swing the cradle with the baby.
2
By far the most guaranteed way to conceive twins is artificial insemination (IVF). Also increases the chance of conceiving twins the contraceptive and ovulation stimulating drugs.
3
From folk remedies-stimulants of oocyte maturation can be called a sage, upland uterus, rosemary, psyllium husk and others. There is also a special diet aimed at increasing fertility. In the menu with a diet includes a large number of walnuts, honey, whole grains (wheat, oats etc), legumes (especially rich in phytoestrogens lentils and soy), flax seeds (grind in a coffee grinder and add to salads, for example, Apple and carrot, which also contain some amount of phytoestrogens). In the diet of women in the period of pregnancy planning is desirable predominance of protein. You should avoid various diets and techniques for weight loss as the birth of twins is more likely in women with small overweight.
4
Chance of getting pregnant with twins increases with the age of the woman and with each subsequent pregnancy.
The likelihood of becoming a mother of twins more than those of women in the family have already been twins. We are talking about fraternal twins as the birth of identical twins is not genetically determined phenomenon.
Is the advice useful?
See also
Подписывайтесь на наш канал