For all his short life Olga BGAN played just one main role in the movie, but what. The movie "Man was born" is popular today. Scary to think, but this beautiful girl has lived a very hard life and died at 41. 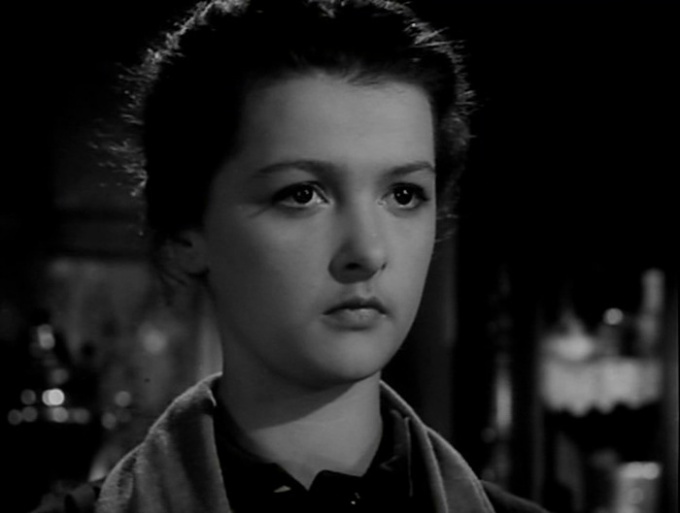 Born Olga BGAN in Chisinau on 25 November 1936 in the family of ideological Communists. The older children in the family called the Decree and Era, little Olga a similar fate over.

First movie Olga BGAN played in 19 years. It was a small episode in the film "For a showcase of Department store". The following year she was offered the main role in the movie Basil Orda "Man is born". In this role, auditioned also Lyudmila Gurchenko, but the arts Council did not approve it. However, Lyudmila Markovna still convinced the Director to give her then scoring the role played by Olga BGAN. The Horde agreed. So, country girl Nadia Smirnova speaks the voice of Lyudmila Gurchenko.

Olga BGAN learned that in the picture of her will to name another actress, and very upset. She took the news to heart and believed that it simply betrayed.

On the stage of the theater. Stanislavsky, Olga BGAN played brilliantly in the play "the Little Prince". For this production it was impossible to get tickets, the actress said at the time, all of theatrical Moscow. 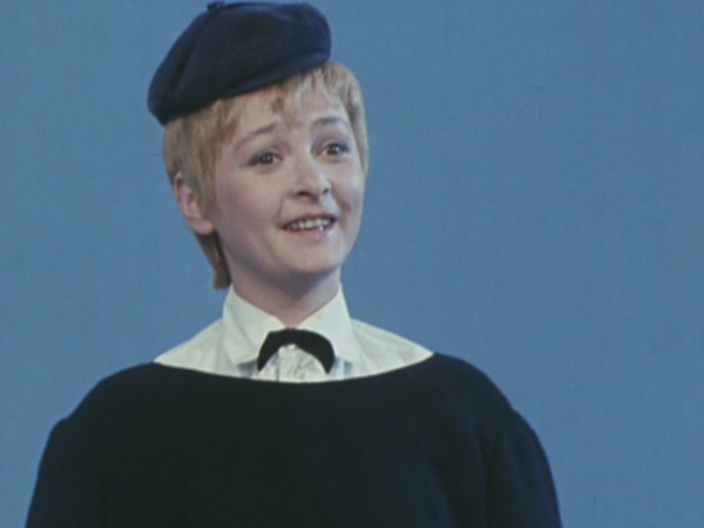 And then in her life the problems began. The first husband of actress was the actor Yuri Grebenshchikov, with whom Olga BGAN was a very difficult life together. Endless quarrels, mutual accusations, scandals and reconciliation — all in a short time tired Grebenshchikov, and he left Olga BGAN, nobly leaving her one-bedroom apartment, which gave the actor in the theater.

Second husband of Olga BGAN was the son of Konstantin Simonov, Alexei. New beloved actress decided to make a nice gesture and give the ex-husband of Olga money for leaving the apartment, but Grebenshchikov has flatly refused an offer amount.

However, family life with Alexei Simonov Olga BGAN had no luck. Simonov, they soon broke up. Her fatal addiction to alcohol played in their break a crucial role. Constant dissatisfaction with life, lack of demand in the profession and the complex nature of forced the actress to seek solace at the bottom of a glass.

Olga BGAN: cause of death

The true causes of death of the actress began to appear in the media relatively recently. The actress died in new year's eve 31 December 1977. At that time, the official press wrote. What actress died of a heart attack, later began to indicate the true cause: abuse of alcohol.

The Grave Of Olga BGAN

Children, the actress was not close people tending her grave too. Her burial place is located in the Central area Khovansky cemetery (section 38 "And"). Until 2008, the grave of Olga BGAN was completely abandoned and looked simply terrible. 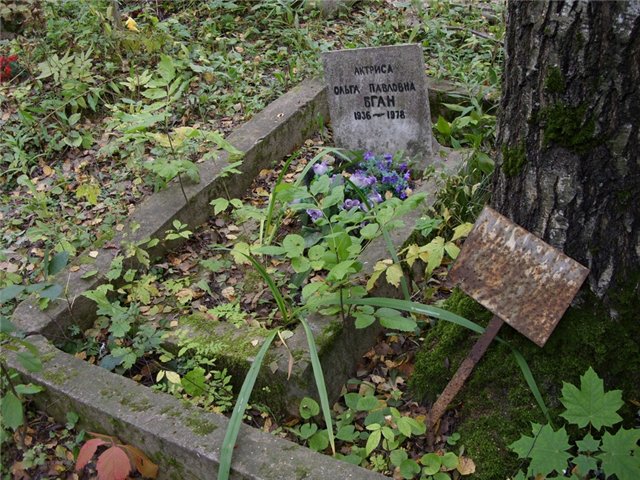 The society of necropolises" reported in the media about the terrible state of the grave, and took an active part in the reconstruction of burial of the actress. There were people, who for my money gave the grave to the normal view, put flowers and a small portrait of the actress. In 2010, PASOK on the means mounted on the grave of actress the fence and commemorative plaque. After some time, Vyacheslav Kondakov added to the grave portrait of Olga BGAN on the day of the 75th anniversary of the actress.