The stunning success of the Apple iPhone 6, many haunted. Every third wants to become the owner of a popular smartphone, but not everyone has the necessary financial means. So the dream of most people has become a reality, the Chinese company ZTE in January 2015, released the Chinese equivalent of the iPhone 6 – ZTE Blade S6. 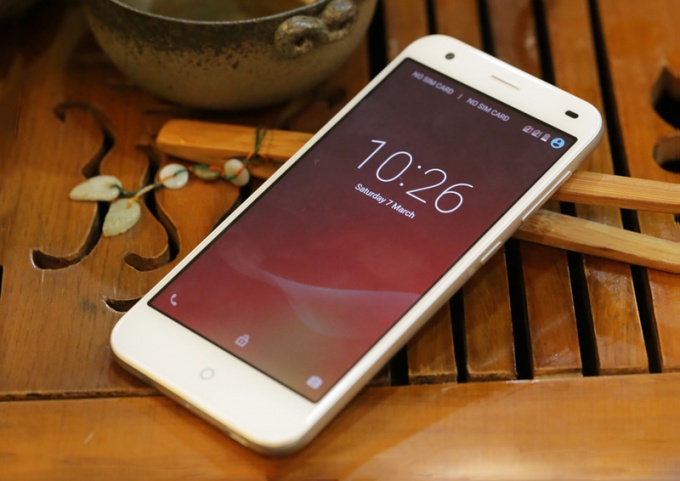 A small excursion into history

The company ZTE was formed in 1985 and slowly took the leading position as a manufacturer of telecommunications equipment and mobile phones. In 2010 the company ranked fourth in the world among suppliers of mobile products, and a year later climbed higher on the second place.

For some time the company manufactured products with built-in navigation system GLONASS, but with a March 2012 delivery was suspended.

The analogue of the iPhone 6 at an affordable price

ZTE Blade S6 with the exception of a logo is virtually identical to the design of the iPhone 6, but the internal specifications are slightly different. Presented on the basis of 8-core Snapdragon 615 processor (1.7 GHz), supports smartphone operating system with MiFavor 3.0 on top of Android 5.0 Lollipop. In General, the software two steps lower than IOS 8, involved in the iPhone 6.

The thickness of the smartphone is 7.7 mm. the Weight is light enough – 134 g Material – plastic (unlike the aluminium in the iPhone 6), which is troublesome: when charging the phone gets very hot. The battery capacity of 2400 mAh supports up to 2 days of uninterrupted use, provided that you do not go to the Internet.

The screen size of 5.5 inches, the quality of the image: 720x1280 pixels, the color density – 294. A feeling of Full HD technology, but the technology to transfer images to a smartphone easier – Incell, but this did not prevent the eyes to enjoy.

The presence of 2 cameras: the front and back, with capacity of 13 and 5 megapixels allows you to capture pictures and make video calls medium quality, no optical image stabilization.

Significant advantages are: high-quality recording and transmission of video, a separate audio processor and the ability to understand the gestures of the owner (Smart Sense, disabled by default, to enable, you need to look in the settings). For example, the presentation to the ear automatically switches the incoming call is answered without any additional taps on the sensor.

The external speaker is a bit weak in the headphones sound clearer and stronger. Minus: poor audibility of the voice of the caller on the line while on the street.

By default, the smartphone is equipped with almost all the necessary apps Google. For the convenience of the user is established: cleaner unnecessary files and CleanMaster app for photo editing Camera 360.