It is not necessary to put under the Christmas tree: top 10 of the worst gifts

MasterCard international conducted a large-scale pan-European study on Christmas gifts. It was attended by over 15,000 people from 17 countries, and its results were drawn up a list of the most unwanted Christmas gifts in Russia and in Europe in General. 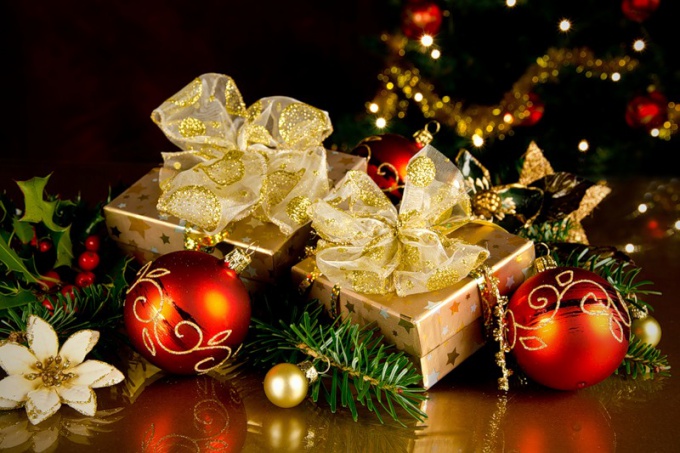 Office supplies ranked first in the list – almost two thirds of respondents (64%) stated this idea as very bad. Therefore, as you would not want to bestow upon friends and acquaintances pretty hard or expensive pens, remember that most will be disappointed.

A vacuum cleaner and a toaster – such useful things in the economy, which are quite popular as gifts to relatives, is also not the best choice. They took second and third place, and with minimal break – the vacuum cleaner would not like to receive as a gift 57% of respondents, toaster – 56.

Edible gifts was in fourth place in the new year "anti-rating". A nice addition to the Christmas table will not estimate 53% of Russian citizens. Interestingly, according to other surveys, we can conclude that edible gifts also included drinking such a popular gift as "a bottle of good alcohol" very often appears in the ranking of unwelcome.

Kitchen accessories completing the top five bad ideas for the New year. Exactly half of the respondents would have been disappointed, receiving a gift a set of pots, juicer and other utensils for cooking.

Money is often called the best gift. However, 47% of study participants recognized that cash as a present from Santa Claus, from their point of view – not the best option. Too impersonal - and most importantly for a gift, after all, not the cost and personal approach.

A donation is a relatively new format of gift, which is now actively "progressing". The idea is something like this: the donor makes a list of charities and offers the gift recipient to choose where to transfer the amount. In fact bestow give the opportunity to "do good". However, not everyone is happy: the charitable gift was on the 7th place in the ranking.

The goods for the bathroom and shower during the period when the country already there is no shortage of Soaps, shampoos and shaving foam – not the best choice of gift. So being promoted by supermarkets and shops of cosmetics gift kits "go wash up" ranked eighth on the list.

Electronics is at the ninth place in the ranking of unwelcome gifts. However, you should make an exception for popular among Russians "gadgets": smart phones, tablets and digital cameras usually are perceived very favorably.

Bed linen completes the "black list" of Christmas gifts. It is definitely a useful thing in the economy, but donors are not always able to guess the size of the blankets, and the tastes of the colors are different.

European list of failed New year's gifts and Christmas somewhat different from the Russian. The absolute leader here became a goldfish – she said more than half of respondents (52%). In second place is also a vacuum cleaner, third and fourth divided equally unwelcome toaster and stationery. On the fifth and sixth place, as in Russia – kitchen accessories and cash gifts.

Seventh place in the ranking is the food, in eighth place was a charitable contribution, ninth place went to linens. And complete a rating of the goods for the bath and shower.

But of course in different countries has its peculiarities. For example, in Spain and Italy the worst gift won cash call them 52 and 45 percent of respondents. And 27% of respondents from Turkey even believe that a cash gift can serve as a pretext for a serious quarrel.