Why do we need grounding in the socket

Without electrical devices it is impossible to imagine the life of modern man. Most people are accustomed to the fact that the house lights on, clothes are in the wash in an automatic machine of coffee in the morning brewed in an electric coffee maker and food is cooked on the stove. All these wonderful devices are so necessary for life, powered by electricity. 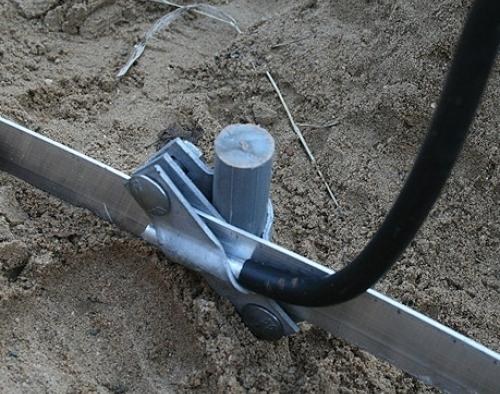 What happens if you use an ungrounded outlet?

From school physics course, everyone remembers that the electric current may not arise out of nowhere, it is a movement of charged particles in the conductor, which may be the wire. But many of you know, life safety, electrical current is dangerous to human life. When there is a danger of electric shock? This occurs if the person touched the bare wire, or device that is included in a non-grounded outlet. Sane no adult man would not touch the bare wire, but turn on the kettle in the socket without grounding.

In order to "blow", you need to create an electrical circuit. In case when using outlet without grounding, the current supplied to the device, accumulates and passes to the person as soon as he touches it. The person in this case is conductive, because is on the floor. The current passes through the body and then goes to the floor. At best, the victim will feel discomfort, and at worst to go in the ambulance to the hospital.

How to protect yourself from electric shock?

When the house has many electrical appliances that people do not always use only a grounded electrical outlet. Slowly, they forget about the importance of grounding, or not know whether it is in their apartment, and just stick a fork in that outlet, which was closer. Constantly using to work metal electrical appliance the socket without earth, there is a high risk that it will accumulate static electricity and the person will receive a shock. To avoid this, you need to install home outlets with earthing contacts in each room. Of course, the risk will not disappear completely, because it is impossible to be fully confident in the quality sockets, but it will be less.

Those people whose houses have a large kitchen stove and washing machine should additionally ground the instrument. To do this simply requires to take a special wire, attach it to the body of the device and channel it to the ground. In private homes this can be done easily, but the apartment may have problems with where to direct this ground wire.

Due to the fact that death from shock, has long ceased to be a rarity, most developers, before you pass the house in operation, the grid is equipped with special devices of protective switching-off. His work is that, in the event of leakage current, it disables the entire apartment from electricity, thus saving residents from fatal injuries. To date, this is the most effective protection against shock. To establish a system everyone can, it is enough to contact the appropriate firm.
Is the advice useful?
Подписывайтесь на наш канал