Sergey Borisov - biography and personal life of the actor

Sergey Borisov is a famous Russian actor, who was on the set accidentally. This unique person does not have a special actor's education, it is absolutely not similar to those of the actors who since the childhood dreamt to go on stage. Sergei Borisov became an actor by chance. He is truly the most mysterious and closed actor contemporary Russian cinema. 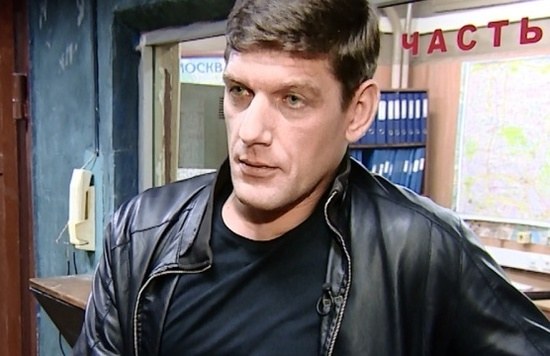 Sergey Borisov does not like to discuss his personal life with reporters. We only know that he never even thought about how to act in films. Borisov dreamed of becoming a military pilot and devote his life to serving people.

Popular Russian actor born on 4 April 1975. The child Sergey Borisov was held in a military town in Kazakhstan, after which the family moved to Voronezh, and then Sergei appeared in Rostov-on-don.

Was a policeman, and became a popular actor

Sergey Borisov 17 years and worked as a police inspector. The turning point in his life was the day when he drove to the airport Director angelina Nikonov. Brutal appearance of Sergey Borisov made the Director a great impression.

Without thinking, Nikonov offered Sergey a major role in his film "twilight Portrait". Borisov agreed. He was immediately approved for the main role. He had to play the commander of the crew of the Rostov militiamen-tyrants. With the task newly minted actor coped just fine.

After the release of his debut film, Borisov collapsed avalanche of admiration and recognition of his acting talent. The film "twilight Portrait" won several awards at prestigious film festivals, and Sergey Borisov won the prize for best actor.

Angelina Nikonova could see in a simple policeman as an actress. The film "twilight Portrait" was the debut work of Director angelina Nikonova. This painting was another attempt to understand the nature of occurrence of Stockholm syndrome where the victim starts to feel sympathy for their abuser.

At the festival "Kinotavr", where the film "twilight Portrait" won the award, Borisov met with Avdotia Smirnovoj. She immediately offers him a role in the film "Kokoko". Here the actor appears in a cameo role of a priest.

Then Sergei Borisov received an offer to star in crime series "Wanted". Here he played the role of Dennis Popov, employee of Moscow criminal investigation Department. The TV series "Wanted," immediately caught the fancy of the audience. The game of Sergey Borisov called admiration. Many noted that it is extremely organic look. It's like he's not playing, and really lives on the screen. No wonder, after universal acceptance of the series was filmed its sequel, "Wanted-2".

Despite the huge popularity, Sergey Borisov and remains a very humble man. He really says little about himself. He was just silently doing his job and pleases many fans of his talented game.
Is the advice useful?
Подписывайтесь на наш канал