At what age can give your child Echinacea

Children's bodies are very fragile and defenseless against pathogenic bacteria and viruses. The situation is exacerbated by the fact that children are always in a big team, so the main issue for parents is protecting the child from infections and strengthen his immune system. Pediatricians suggest as a potent immunostimulant funds to give children Echinacea . 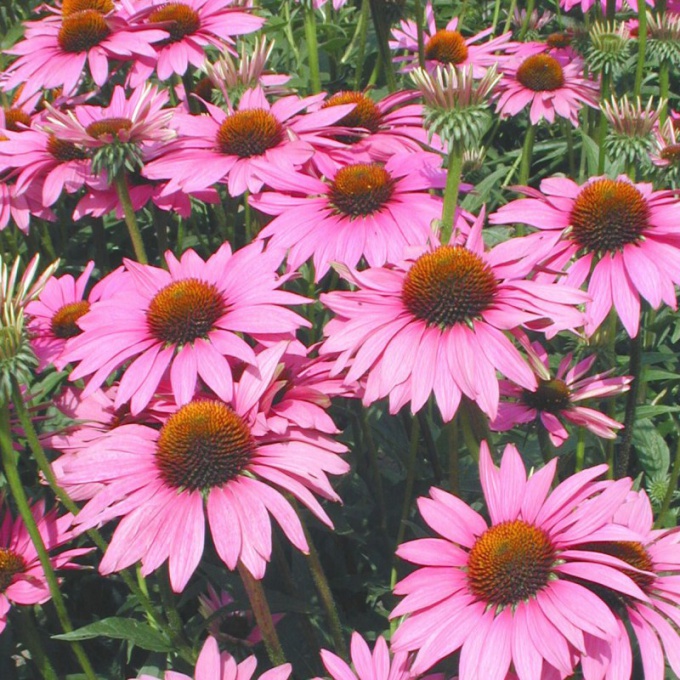 Echinacea: use for children

Most often children are exposed to colds, influenza, acute respiratory infections and SARS. In this case, taking Echinacea will improve the body's resistance, and not only that, but other viral diseases. In addition, it will strengthen the immune system, help fight chronic illnesses, inflammation, urological, and autoimmune diseases, will support the body in recovery after a powerful therapeutic effects such as antibacterial or radiation treatment.

In General, the effect of Echinacea can be defined as a General tonic. It will help to stimulate the nervous system, for external use in treatment of long-healing wounds. This plant contains large amounts of vitamins, so that in combination with the decoction of infusion of rose hips, it will enrich the body with all necessary useful substances.

Echinacea for kids: a parents manual

Echinacea comes in many forms, among them there are specially designed for children. It is released in the form of tincture, dried form and in granules.

Echinacea tincture is alcohol, so is suitable only for children older than twelve years, and that it should be before use, dilute with water in a ratio of 1 to 3. In one go you can give the child a few drops of water, diluted tincture. Taking medicine before meals, three times a day.

As a preventive measure to strengthen the body enough to drink the tincture for two weeks. If the tool is designed to help in the treatment of a certain disease, then the reception lasts from three to eight weeks by the doctor. Side effects such tools is minimal. Basically in rare cases, possible allergic reaction. Most important to follow the dosage and not exceed the maximum allowable duration of the treatment course.

For children from the age of four will fit in a safe Echinacea tablets is a modern drug "Immunal". One course of preventive treatment according to the instructions will be enough to protect the baby from disease for several months or at least at least facilitate the disease and accelerate recovery. Solution "Immunal" allowed children from year 20 drops to a maximum of three times a day.

In General, for kids from one year most often used welding of dried flowers, leaves and roots of plants. However, keep in mind that may cause allergic reactions, so you start taking only after consultations with the pediatrician. Alternatively, we should not forget about the benefits of moderate physical activity, tempering and other vegetative means of strengthening immunity such as rose hips, blueberries, raspberries, cranberries.
Is the advice useful?
Присоединяйтесь к нам
New advices