What are the most famous acting dynasty in Russia

A large part of the acting dynasties of Russia originates in the 60-ies of the last century. That's when the profession came fathers and mothers – the founders of the now most famous acting families. 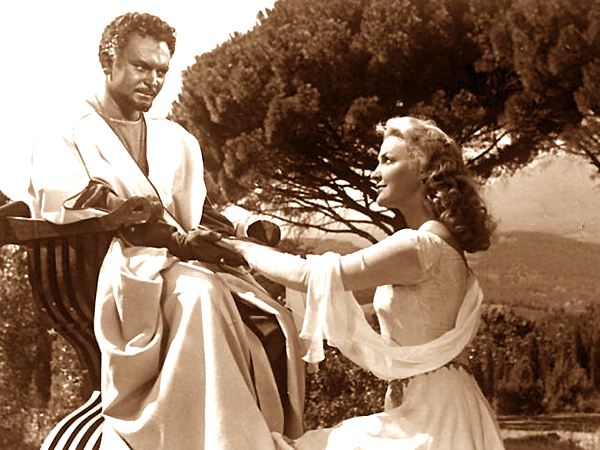 Professional family dynasty existed almost from the day of the transformation of APE to man. Or perhaps a little later. In the wild tribes still maintained a strict family division: one engaged in hunting, others by agriculture. In the middle ages and imagine there was no way that Tanner, for example, became a Cooper or a pastry chef.

However, when one thing, creative people are saying about nature and children, in which it rests, will remember definitely. A talented carpenter, firefighter or steelworker may be incompetent successor of the profession? A successful businessman mediocre heir? Completely. But, few people will notice it in the idle conversation for a friendly table to compare the ability to completely innocent fathers and parents. Unless, of course, heir to the capital to smithereens will not be ruined in a short time.

And only the successors of the creative professions are doomed to constant comparison with their ancestors. Watch them, discuss them with extreme prejudice whenever and wherever. Fortunately, Russia's most famous acting dynasties nature is working without stopping to rest several decades. Here are just a tenth of the current acting families - dynasties. Alphabetically.

The founder of the dynasty, an outstanding film Director and actor Sergei Bondarchuk. Sergei Fedorovich had two wives actress Inna Makarova and actress Irina Skobtseva. Both marriages were born children, who also became artists. And then their children.

From his first marriage with the Petersburg theatre and cinema actress Inna Makarova was born daughter Natalya Bondarchuk, after her marriage with actor Nicholas burljaeva by a daughter, Maria burljaeva. Second marriage of Sergei Bondarchuk and Irina Skobtseva-born children Alena and Feodor. The son of Alena Konstantin Kryukov and daughter Natalia Maria burljaeva – yet? – the youngest members of the great acting dynasty.

One of the oldest acting dynasties of Russia. Its founder was a priest, many children which the Soviet authorities chose a different service – a different temple. Almost all of them, anyway, had to do with theatrical art of St. Petersburg. The most famous of a large, extensive family of artists is: Sergei Boyarsky, Nikolai Boyarsky, Mikhail Boyarsky, his wife Larissa Lupian and their daughter Elizaveta Boyarskaya.

The House Of Ephraim

The founder of the dynasty – era: theater Director and actor Oleg Efremov. His children, Anastasia (from a civil marriage with actress Irina Mazuruk) and Michael (from his marriage to actress Alla Pokrovskaya) having the most direct attitude to the theatre and cinema, have their adult children Olga Efremova Nikita Efremov, which also continue to bear a heavy cross of the names, are daily proving their worth and uniqueness kind.

The founders of the dynasty: actors Leo Milinder and Nina Urgant. Their son Andrew is a well-known Petersburg actor and showman married to actress Valerie Kiseleva begat a son, now a famous TV presenter Ivan Urgant.

Founders: brothers Rostyslav and Oleg Jankowski. The first on the path of an actor entered the elder brother of Rostislav – film and theater actor, most of his life lived in Belarus and served in the Minsk drama theatre. His sons Igor and Vladimir, too, were artists, but subsequently left the profession. Younger brother Oleg was the founder of the Moscow branch of an acting dynasty: married to actress Lyudmila Zorina had a son Philip. Now known film Director and actor Philip yankowsky and his wife, actress Oksana Fandera first steps in the acting profession makes their eldest son Ivan.
Is the advice useful?
Подписывайтесь на наш канал