What would happen if the Sun will go out

According to the calculations of modern astronomers, the Sun will exist in its current form for another 5 billion years. Without it life on Earth cannot exist for a long time, and to emerge. 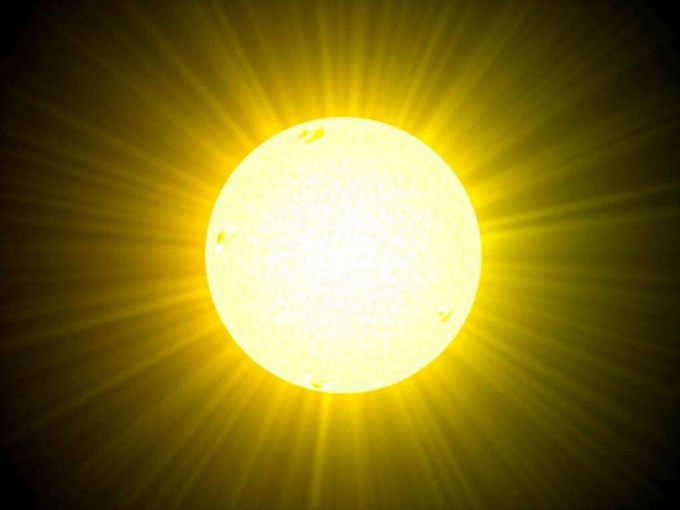 The sun went out

If to include imagination and to arm themselves with some knowledge, you can imagine what will happen when the Sun goes out. Solar energy - the root cause of the origin of life on Earth. It runs many processes on our planet, vital to all organisms.

Immediately after cessation of receipt at the Earth's surface energy from the Sun, it will gradually begin to freeze. Within 45 days, the planet finally covered with a thick layer of ice. The first will be drying, especially the edges, far from water sources. The oceans are the last refuge of solar energy on the freezing Ground, in fact most of it is absorbed exactly the hydrosphere. The temperature of the ocean even at a depth of 35 meters is about 15 degrees. The plants will die after a few days.

Disaster would encourage people to look for alternative sources of heat. One of them can serve as the greenhouse effect. Infrared radiation coming from the surface of the planet, there will be some time to linger with clouds, not allowing it to cool. But the clouds will disappear after a short time, as the water due to the lack of solar energy will no longer evaporate. Perhaps people will start to burn the forest to the greenhouse effect arose due to the high concentration of carbon dioxide in the atmosphere.

Energy sources can also serve as a useful fossil and nuclear fuel. But humanity will be deprived of the main element needed to sustain life - oxygen, which produces plants. You will have to create an artificial environment for their cultivation. Salvation for some people is possible if they will fly into space. However, modern technology does not allow them to stay there very long. In space, they will find their final resting place.

Evolution Of The Sun

The above only model possible under the condition that the Sun really will go out. This is only possible after 5 billion years, will disappear when all the hydrogen is the main source of fusion energy, through which all the processes occurring inside and on the surface of the star. Before that happens, the Sun will provide the Earth's inhabitants a nasty surprise. The final chord of his life as a source of heat to turn into a red giant. Its temperature will increase several times, which has a detrimental impact on the Earth: the oceans will begin to boil, the land will turn into a scorched wasteland. Then the star will become a white dwarf.
Is the advice useful?
Присоединяйтесь к нам
New advices