What is measured by the density

Density is a physical quantity, through which objects with the same mass can have different volumes. For density measurement uses standard units adopted in the SI system. 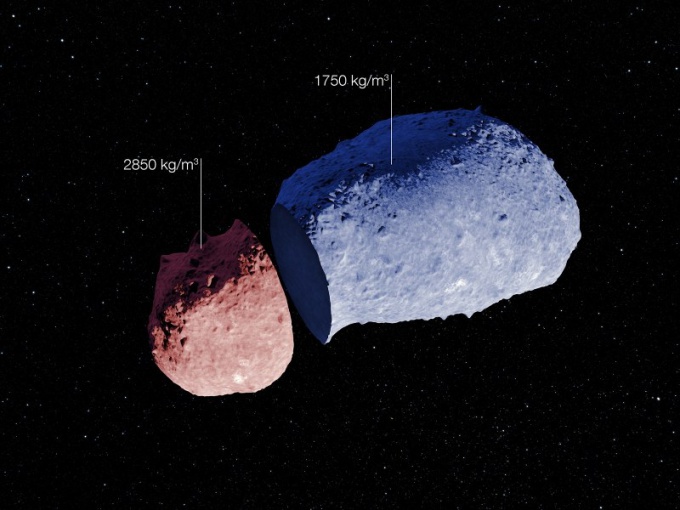 Density is a physical parameter of a substance which is strongly correlated with its mass and volume. The ratio between these parameters is commonly determined by the formula p = m / V, where p is the density of substance, m is its mass, and V is the volume. Thus, substances with the same volume, but different mass, in all likelihood, differ in density. The same can be said if the same mass of any substance have a different amount.

Among all other substances on Earth the low density gases have. Liquids generally have higher by comparison with density, and the maximum value of this indicator can be found in solids. For example, the most dense metal is considered to be osmium.

To measure the density in physics and other subject areas that use this concept, adopted special integrated unit, based on the relationship of density with mass and volume. So, in the international system of units SI unit used to describe density is kilogram per cubic meter, which is usually abbreviated to designate as kg/m3.

However, if we are talking about very small amounts of matter in respect of which it is necessary to measure density, in physics applies the use of derived from this common unit, expressed as the number of grams per cubic centimeter. In abbreviated form this unit is denoted g/cm3.

The density of different substances has a tendency to change depending on the temperature: in most cases its decrease entails an increase in the density of the substance. For example, ordinary air at +20oC has a density equal to 1.20 kg/m3, while lowering the temperature to 0oC, its density will increase to 1.29 kg/m3, and at its further decrease up to -50 ° C the air density will reach 1.58 kg/m3. However, some substances represent an exception to this rule, as the change in their density does not obey specified laws: these include, for example, water.