Coffee with cinnamon: benefit or harm

For those who wants to lose weight, cinnamon is an irreplaceable spice. The usual drinks (coffee, tea, yogurt) with her become a new original taste and burn extra calories. Coffee with cinnamon is also useful for the prevention of atherosclerosis. It reduces the risk of heart attacks and strokes. 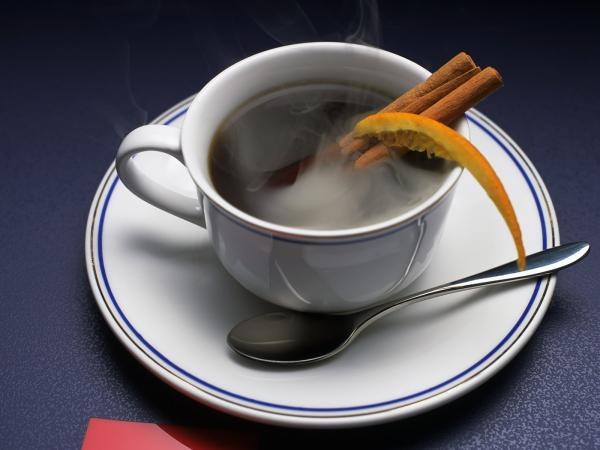 Cinnamon gives the coffee its exquisite taste and aroma. Sugar or its substitutes should not be put. Such good coffee and no cream. The healing properties of cinnamon make coffee is not only delicious, but also useful. This low-calorie drink, for example, you can drink those struggling with excess weight.

Cinnamon is also added to tea and yogurt. If before lunch or dinner drink yogurt with cinnamon, the feeling of hunger blunted. And eaten portion will be much less.

You can cook black or green tea with cinnamon. He will quench your thirst, lift your spirits. Regular use will reduce the craving for starchy and sweet.

Cinnamon – the dried bark of a tree, which since ancient times used as a spice. It is widely used in cooking. Added to soups, porridge, meat, pastry, chocolate and pastries. It found its application in pharmacology, cosmetics and perfumes.

There are several types of cinnamon. The best is Ceylon. It low levels of coumarin. This is a harmful substance that negatively affects the liver, can cause headaches. For sale Ceylon cinnamon and called cinnamon.

Chinese cinnamon is not so fragrant. Has a distinct pungent taste. It is called Cassia.

Malabar cinnamon with bitterness. And cinnamon with a spicy taste and a pungent smell. Cinnamon best to buy in sticks. Powder easy to fake. The stronger and sweeter the smell of cinnamon, so it is fresh.

In cinnamon contains a number of useful substances: phosphorus, calcium, manganese, iron and essential oils. There is in it, and vitamins.

This spice is shown to diabetics. It reduces the level of glucose in the blood. Useful cinnamon and for those who wants to lose weight. With its help, the glucose is converted into energy and not into fat. Cinnamon improves the functioning of intestine.

It affects the level of cholesterol in the blood. Reduces the risk of heart attacks, strokes and atherosclerosis. Dilates blood vessels, stimulates the brain.

The common cold cinnamon is also indispensable. In this case, you can add in coffee, cinnamon and honey.

The main thing – to observe a measure

However beneficial cinnamon may be, you need to use it within reasonable limits. As and coffee. Cinnamon can be eaten no more than half a teaspoon per day.

You cannot enter this spice in the diet of pregnant women. Cinnamon can stimulate uterine contractions. Harmful for pregnant women and coffee.

Some people have cinnamon causes allergic reactions such as rashes and hives. Cinnamon enhances intestinal motility. Excessive consumption of coffee with cinnamon may experience flatulence and diarrhea. This drink is contraindicated in people suffering from high acidity of gastric juice.
Is the advice useful?
See also
Подписывайтесь на наш канал