How to determine the participial turnover

The participial turnover – syntactic tool that adds speech expression and simplifies it. In speech these structures are rare. But the right to build sentences with a verbal participle phrases, find them in the finished texts, and provide writing and intonation owe any literate person. 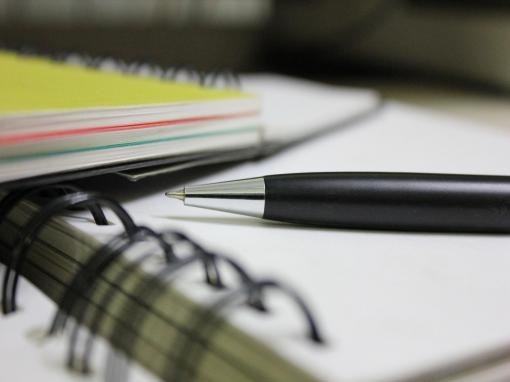 Related articles:
Instruction
1
If you want economically to Express the idea when showing several simultaneously occurring steps, use simple sentences with verbal participle phrases. Similar to the syntax usually used in book styles of speech. When communicating people use synonymous variants: the complex sentence with subordinate part of with adverbial time value, a course of action. In literature gerunds clearly and visibly "Doris" the actions of the characters.
2
The participial turnovers have an important feature: on the letter the boundaries of this syntax are indicated by commas, in speech – secretory tone. In order to correctly handle punctuation task, it is necessary to define exactly the limits of the turnover.
3
Find the proposal relevant to the action words. First, pay attention to the predicate-verb, it incorporates the main action of the subject. Then refer to the words indicating additional action is to be gerunds. The questions "what doing?" or "what doing?" will help to know this part of the speech. For example, in the sentence "Describing a large circle, the glider smoothly soared into the sky" verb - "soared" and the gerund is "describing".
4
Pay attention to the gerund: it can be used in the sentence "alone" or with the dependent words to make a construction called the participial turnover. It is important to clearly establish its boundaries.
5
Carefully consider subordinating the relationship of words in the participial turnover: not all of its constituent words will depend on gerunds, they can spread each other. Consider this example: "the Wind was intense, sakalava city haze sea fog". The gerund "sakalava" has dependent words: (what?) "the city" (what?) "the veil". Further up the chain of the connection: "the veil" (of what?) "fog" (what?) the "sea". All these words are participial turnover.
6
Forming a syntactical unity, the participial turnover is one part of the sentence – circumstance (usually time or mode of action). In addition to the basic questions, you can ask questions "when?" or "how?" "how?".
7
In determining the sentences, the participial turnovers, do not forget that it is very close in structure turns of phrase ("his nose", "headlong", "reluctantly"). But such stable combinations are not relevant to incremental action, are not distinguished by commas in writing. They represent a sign of action and can be replaced with other words (usually adverbs). For example, in the sentence "the friends Worked tirelessly" to replace: "my Friends worked hard."
8
Special attention should be paid to sentences with multiple verbal participle phrases. A clear definition of their boundaries will help to properly apply the punctuation rule. The participial momentum can provide in the proposal a series of homogeneous members, so the comma between them is not put in the presence of a non-repeating conjunction "and", "or", "either". ("The lovers sat holding hands and silently thinking about the future of happiness").
9
Meet non-detached participial turnovers. Not allocated by commas design or closely associated content with the predicate or part of the subordinate part of the complex sentence, where the means of communication "which" is included in the turnover structure of the word.
Is the advice useful?
See also
Подписывайтесь на наш канал