Strategy and tactics: what's more common in men and women?

About the anatomical and physiological differences between the sexes. And the fact that men and women differ greatly in psychology and behavior is less known. This is a natural phenomenon due to different content of hormones in the body. So there are things that are better men, and that women cope better. No wonder they say that men are better at strategy, and women in the tactics. 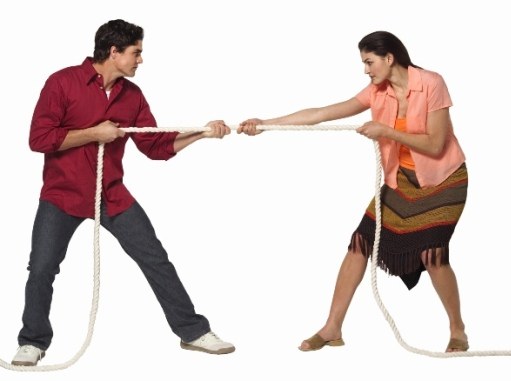 Why are men better strategists

The term "strategy" in a broad sense, covering not only military applications, means the ability to consider any problem (including very complex, time-consuming) as a whole, in its entirety, and relationships with a number of concomitant circumstances. And often not just at this particular moment, but also for the future. Person with strategic thinking, must calculate the consequences of their actions, the likelihood of various scenarios of events. The person-strategy is able to assess the risks, knows how you can make them less significant. This ability is useful to all people, but it is especially necessary in higher-level leaders, from the heads of large companies, to the heads of state.

Mainly, this ability is inherent in the representatives of the stronger sex. Male in most cases is better able to formulate the overall problem and to outline concrete solutions. However, as a rule, he is not distracted by minor details, due to the nature of his thinking and smaller, in comparison with women, emotion. Finally, men in the mass, less cautious than women, so are more likely to take risks – for example, introducing a new direction in the activities of their companies.

Why women are called the best tactics

Women in the role of successor of sorts, and while they are physically weaker than men. Therefore, a woman usually instinctively more cautious, risk averse. Because of this, she was the head of the company often refuses to promising new directions, preferring to make do with what is already available and has proven its reliability. But on the other hand, the weaker sex, as a rule, very attentive to details, to trifles. In addition, some women are more diligent and patient than men. So they often come out great performers. Women like men can "cover" the whole problem entirely, especially if you have a look at the future, but to solve a particular stage of this problem it can brilliant, sometimes even better than men.

In addition, because of the peculiarities of the structure of the nervous system, women are able to do several things simultaneously, paying them equal attention. For men it is almost impossible.
Is the advice useful?
Подписывайтесь на наш канал