Is it true that wolf one and wolf for life

Fierce animals with a sensitive soul or a cruel predatory leaders of the pack, leaving in its path nothing living, caring parents and strict teachers, or the heartless killers of their own children – the essence of the wolf breed is curious and exciting. 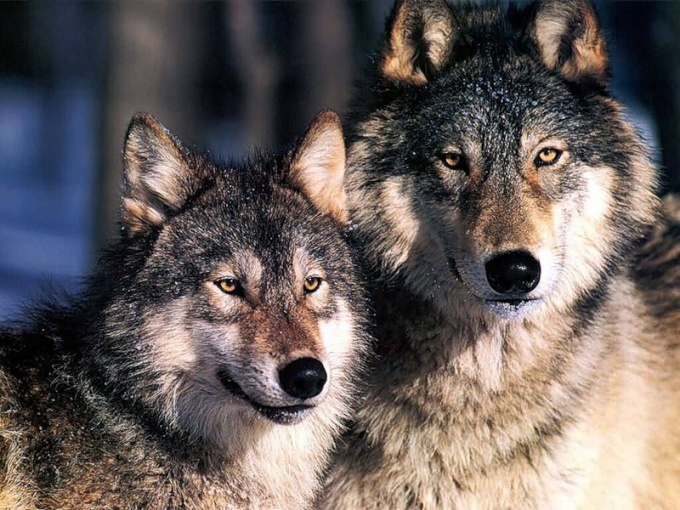 About these predators told many legends. Sometimes very contradictory and controversial. Russian fairy tales drawing of a wolf as narrow-minded, blunt, not too clever animal. On the other hand, zoologists believe the wolf is one of the most smart and clever animals, capable of rapid learning and adaptation. Many questions cause and personal relationships between animals within the same flock.

He is surprised at the loyalty and devotion of the wolves of his pack. And the loyalty of a wolf and a wolf worthy of the poem. Surprisingly, this is true.

The wolf chooses a partner once and for life. It is clear that life in the wild dictates quite peculiar rules. Partner needs to meet certain parameters. It needs to be bold, strong, skillful hunter and breadwinner, caring and loyal, a recognized leader and future leader of the pack.

The wolf and the wolf

As for the pack, it's probably not quite the right description. Because a wolf pack in the first place is family. It consists of the leading pair, wolf and female wolf and their offspring of different generations: from the cubs less than a year, up to two-three year old adolescents. Personal and family relationships are supported not only by the authority of the leader, but also the amazing relationship between all family members.

Of course, there are conflicts that quite well with one stern look of a leader or his girlfriend. The overriding goal of the wolf family is taking care of the kids. And about the cubs all the forces concerned, all members of the pack.

For the order among males, usually meets the wolf-leader, the young wolf obey his mother-the wolf. Grown wolves either stay in the pack, if they are willing all his life to obey the leader, or go off in search of the free wolf in the hope of creating in its own pack.

Thus, a leader can be someone who not only passionately want freedom and independence, but also able to defend that right. Surprisingly, the same rule applies to wolf. Only able to renounce the quiet and unobtrusive existence in the family of origin, where her whole life would be devoted to the education of younger brothers and sisters, the wolf will be looking for your lent with the sole aim to create your own family pack.

In this way, once and forever, the wolf and the wolf join destinies and life, making all subsequent own existence a continual struggle. Unlike dogs, wolves and remained monogamous.
Is the advice useful?
Присоединяйтесь к нам
New advices