Who plays Vysotsky in the movie "Thank God I'm alive"

The film "Thanksthat live" on Vladimir Vysotsky was released in cinemas on 1 December. The main intrigue of the new paintings is that no one knows who plays the singer. The actor's name is kept secret. And even in the credits listed the real name of the hero tape - Vladimir Vysotsky. 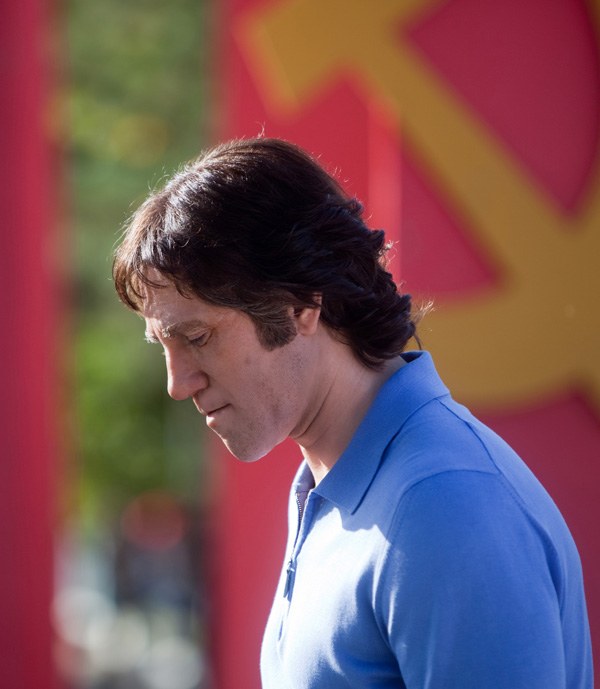 This painting is the first feature film about Vysotsky, filmed 30 years after his death. The plot based on real events from his life that occurred on tour in Uzbekistan in 1979, when the artist's heart stopped. Also in the picture is included some scenes taken from other episodes of his life. The aura of mystery created around the ribbon held for almost a year. On the evening in memory of Vladimir Vysotsky the audience was shown a three-minute video, which can't guess who played Vladimir Semenovich. But even those who have already seen the picture and are unable to solve the mystery. Still it remains a mystery, but three major versions. Many believe that this Sergey Bezrukov. This seems quite plausible, especially because this actor has already played famous poets - Pushkin, Yesenin. Although he appears in the film in the role of Yura, but it may be a clever move to divert attention.The second version - the actor Vladimir Vdovichenkov. It is very similar to Vysotsky, although much above it. Another version - Vysotsky recreated using computer graphics. Also speculated on the participation of Alexei Kravchenko, Pavel Derevyanko, Andrei Sokolov, Andrey Smolyakov, Maksim Leonidov and even Nikita Dzhigurda.This diversity of potential actors was possible thanks to the work of production designer Peter Gorshenin. More than six months he created the make-up of the singer. First there was made a thin mask - a copy of the face of the actor. It created just the right person, observing all the nuances of facial expressions. Then this sculpture took the form and filled it a complex multicomponent structure. The result is a set of plastic parts. That is, the actor's makeup - not a mask, it consists of several parts, separate the lower part, the nose and forehead. How to tell the filmmakers, make-up of the actor were daily taken four to six hours. According to rumors, this was done in secret even from the crew, the actor had no right to appear nutiritional. The role of Vladimir Vysotsky voiced Nikita Vysotsky.
Is the advice useful?
Подписывайтесь на наш канал