What kind of wood make a match

Matches were invented relatively recently, in the early nineteenth century. But truly they have become safe only after many experiments with incendiary composition. For several decades, have tried many materials for straw, which is a chemical compound. It turned out that not every wood can be used in the manufacture of matches. 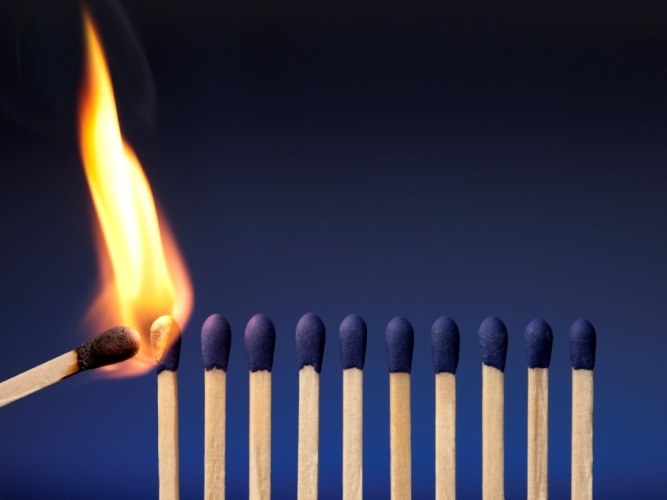 What wood make a match

Traditional basis of the match – wooden stick, called in the jargon straws. She has such a length that a match was convenient to hold in hand. On the tip of the wand is applied to the head, which contains a blend of specially selected chemicals best suited to obtain an even flame.

During numerous experiments it was found that the best material for making the base match is aspen. Its wood has a homogeneous structure, is easy to cut in any direction. Aspen harvesting can be easily split apart. This wood also absorbs very well and firmly holds the chemical compositions.

Matches from aspen do not give soot, burning flame, very easily ignited. Where aspen is rare, using other trees with similar properties, for example, alder, poplar, basswood or birch. But pine and spruce for the manufacture of matches does not fit their resinous wood is able to illuminate when the drying of the feedstock, and burn these matches are not very even flame.

How to make a match

The material for the manufacture of match the basics of harvest, usually in the winter time. During this period, the tree trunks have the most suitable humidity. The trees are free from branches, sawn into blocks and delivered to match factory. Here blanks are carefully sorted, culling those instances that do not meet the requirements of the standards.

The very straws are made from veneer that thin layer is removed from the chumps long knives. This wooden stump with two sides of the clamp with the end portion and is rotated. A sharp knife down to the workpiece for a few seconds removes from aspen chump thin layer called veneer. From this process resembles very quick pulling out a thick roll of paper.

In the next stage of aspen veneer cut in transverse and longitudinal direction. The result is a straw – the same thin sticks, which have become the basis for future matches. Now blanks are impregnated with special compounds that prevent decay. After this operation the sticks are loaded into the drum, where they are sanded, interacting with each other.

After careful polishing the Foundation of the future matches is almost ready. There comes the next stage of production, which involves a number of complicated technological operations and chemical processes. As a result, the light appear familiar to all matches, so indispensable in everyday life.
Is the advice useful?
See also
Присоединяйтесь к нам
New advices