How does the skill "sixth sense" in World of Tanks

Known vododelov skill "Sixth sense" is recognized as one of the most useful and indispensable. But in order to extract maximum benefits from it, you need a good understanding of how it works. 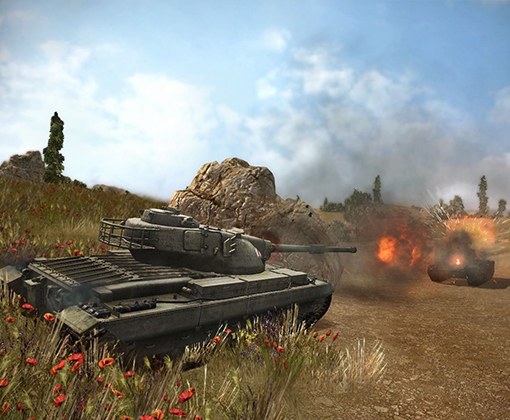 The working principle of the Sixth sense

In the community of the perk, or the perk). perquisite, which means "privilege", "privilege" is also called "light" because of the characteristic of the imaging lights up on the screen the bulb. It is recommended to pump absolutely everything and find it extremely useful.

"The sixth sense" is only available to commanders and operates as follows: indicator lamp lights up after your tank got in sight of the enemy – was "lighted" and automatically go off after a few seconds. If you are out of sight and then hit him again – the bulb will light up again.

In fact – it is the intuition of the commander of your crew, allowing him to feel that the tank was spotted by the enemy. In such situations, when you are in the position hidden, for example, bushes and consider themselves invisible while the enemy is approaching you from the other side – it is difficult to overestimate the usefulness of the bulb. Tanks with weak armor this skill greatly increases the chances of survival in combat. The players, coordinating the battle on the voice, be sure to notify the team that was in the glare of the enemy: this information helps to form a more complete picture of what is happening on the screen to anticipate the maneuvers of the enemy, to choose the right strategy and just in time to come to the aid of someone.

Some of the nuances of "light bulbs"

Don't forget that, like other skills, sixth sense does not work until it is pumped at 100%. Once the light is on, it is urgent to change the position: remember that since the glare has passed three seconds, and the enemy artillery does not sleep. Do not bring down trees and buildings, and retreating: the aim of arts is already kept on you and there is nothing stopping the enemy to calculate your location trussing – that is the trail you fired projectile.

The appearance of the light and sound signal, accompanying it, can be changed at will. It is only necessary to select and install the mod. Fashion such a plan – change light bulbs, the voice of the crew, sight - does not actually affect the game itself, so are allowed. The list of prohibited to install mods can be found on the official website of the game.

Known cases when after released updates to the game client light had ceased to operate. If this happens to you – do not be lazy to record a few fights until you catch this bug on video, and be sure to send it to tech support “World of tanks”. For such a massive project, feedback from users is an important component of the process of improving the game.
Is the advice useful?
Подписывайтесь на наш канал