At what time sell alcohol

The Russian Federation has traditionally included in the top ten rankings for alcohol consumption per capita. The state strongly struggling with alcoholic dependence citizens. One of the stages of this struggle was the ban on selling alcohol at night. It is necessary to understand what hours they sell alcohol. 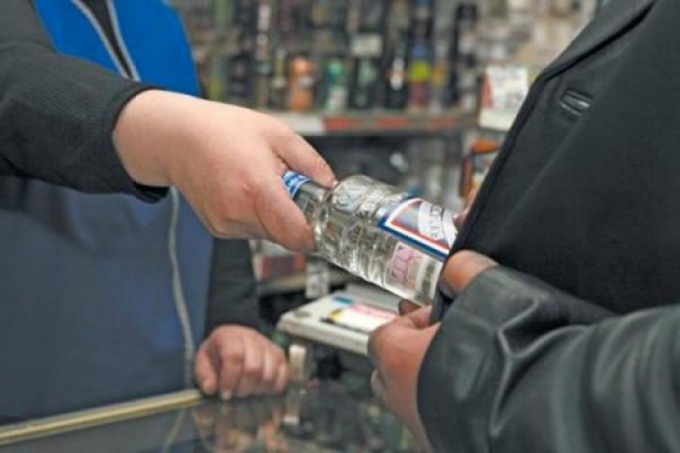 The letter of the law

The exception is alcohol-containing products that do not fall under any category of alcoholic beverages and the ethanol content in it is negligible. For example, fermented milk products, fermentation products (brew), etc.

For violators of the ban sale of alcohol at night are elected rather cruel measure. Currently, the financial penalty ranges from 5000 to 10000 rubles. The most unpleasant thing here is that from the point of sale of seized all the alcohol. Its price greatly exceeds the amount of the fine.

Of course, many unscrupulous sellers not afraid of such measures, as income from sales of alcohol can cover penalties for one night. Citizens living close to places of alcohol sales at night, complain of constant noise, poor hygiene and drunks lying on the streets. Therefore, it is not time for discussion in the State Duma raised the issue of tougher fines and penalties for illegal circulation of alcohol products. At one time even was the amount of the fine to 1 million rubles.

The effectiveness of the measures

Unfortunately, the limitation for the sale of alcohol at night is ineffective. Many sellers still take the risk and sell it to consumers. On the other hand, offer demand-driven. Russia was and remains one of the most drinking countries in the world. And restrictions on trading in the night is only a small measure. Required a legal system is comprehensively suitable for circulation of alcohol products.
Is the advice useful?
See also
Подписывайтесь на наш канал