What does it mean "to change sewed on soap"

Stable expression "to change sewed on soap" is used in speech often, but not always correctly. The reason for this is not entirely a clear understanding of its meaning. This is not surprising, because even among scientists there are several versions of the meaning of this idiom. 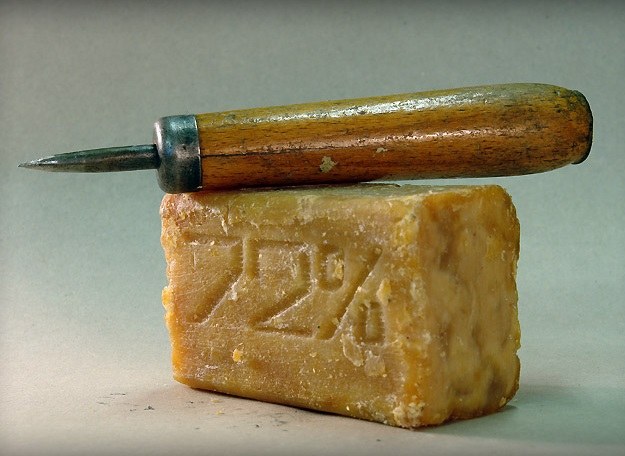 According to the Dictionary of phraseology of Russian language", the combination "to change sewed on soap" means "to make useless short-sighted exchange." However, studies show that often native speakers use this phrase to mean "to choose bad from the worst" or "to make the exchange of unnecessary things to a more suitable". This polysemantic occurs due to the nature of linguistic properties of idioms, because their meaning is not deduced from the sum of meanings of the phrase components. As a rule, the origins of value "aphorisms" to be found in the history of their origin.

If we consider separately the lexical content of the words "change", "pain" and soap", still remain unclear what should be done to replace these items, why for the accomplishment of the actions were chosen precisely these objects. That is, that have anything to do with needles and soap, to have the idea about the reshuffle? Which properties bring these items, make them related to the extent to replace one to another was possible? From the lexical meaning of language units, this does not mean: awl – a tool, which is a thick needle with a wooden handle; soap – a special substance that is used as means of hygiene. At first glance, overall, they have nothing, anyway, in the eyes of modern man. Therefore, it is necessary to heed the advice of the infamous prutkov "behold the root", and access the history of the origin of the expression.

The most common is the version in which the phrase "to change sewed on soap" came from a household of shoemakers. In the old days the metal tip of the tool was made of iron, but because it quickly rusted, and pierce them stubborn skin had become very difficult. So he rubbed the bar of soap that can significantly ease the labor process. Both, therefore, the cobbler was absolutely necessary, and change one another was impractical. After all, without sewing or without soap, working became impossible. This implies the desired lexical meaning of the modern idiom.

The occurrence of other semantic variants due to the existence of alternative versions of the etymological value of the idiom, according to which it is derived from the dialectal expression "to change sewed on swanu". Some scientists believe that the original form of the idiom was. Sveikai once called a thick nail or spike with a large head that was used for the game. Therefore, the value of the phrase was slightly different: the exchange is necessary in things useless trinket. Later, however, the word "svaika" went out of use and in its place put "soap", perhaps because of the emergence of rhyme "pain soap".

Features use in speech

Currently, a sustainable combination "to change sewed on soap" it is more correct to use the value reflected in the idioms dictionary. Since the replacement of these items still reflects not a choice, but a useless change one to another. This is the kind of review any action carried out with a slight tinge of negativity: sadness or incredulity. Depending on the context, the degree of negative evaluation is likely to increase. Also, due to the text environment, the idiom can converge in meaning with other stable expressions, partially joining them in a relationship of synonymy. For example, the senselessness of the act Express the idiom "that forehead, that forehead", "the game is not worth the candle," "not worth powder and shot". It is close in meaning to the expression "to change sewed on soap, especially in a similar context, "...one of us started to figure out some new feature: this way and that, deciding whether the game is worth the candle, not going to happen that will change the flea?"
Is the advice useful?
Присоединяйтесь к нам
New advices