What tree is best to clean the air

Emissions from industry and exhaust fumes, dust and vapors of hot asphalt make a very urgent problem of air purification from pollution. A big role in her decision are trees. 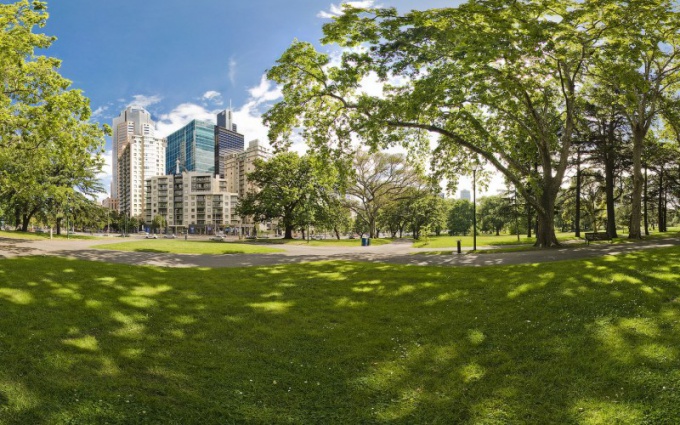 Related articles:
Instruction
1
In early summer, begin to bloom poplar. Their fluff circling the streets, causing irritation to many residents. However, local authorities do not always hurry to cut down these trees. But with good reason: poplar can be called a champion among the trees for clean air. Its wide and sticky sheets successfully retain dust, filtering the air.
2
Poplar grows quickly and grows in a green mass that absorbs carbon dioxide and through photosynthesis produces oxygen. Hectares of poplar trees produces oxygen 40 times more than a hectare of pine trees. Oxygen, which allocates one Mature tree per day, enough for breathing to 3 people during this time. With one car in 2 hour burns as much oxygen as one poplar synthesizes in 2 years. In addition, poplar has successfully moisturizes the air around him.
3
The particular advantage of poplar is its simplicity and resilience: it survives along highways and next to fuming factories. Basswood and birch under these conditions die. Many annoying problem poplar fluff can be solved by the replacement of the black poplar "nepoladki" types – silver and white.
4
Good job with the absorption of harmful substances from the air of wild rose, lilac, acacia, elm. These plants also survive in conditions of high dustiness. They can be planted on the side of the motorway as a green shield against the exhaust. Elms with their broad leaves hold 6 times more dust than poplar.
5
Very useful in urban environments chestnut. It is almost as unpretentious as poplar. While Mature tree over a year clean from dust and exhaust fumes around 20 cubic meters of air. It is estimated that a hectare of deciduous trees delays per year to 100 tonnes of dust and airborne particulates.
6
Although coniferous trees are not so successfully catch the dust as deciduous, they produce volatile biologically active substances that suppress pathogens. Thuja, juniper, fir and spruce will help residents to cope pathogens. Moreover, coniferous plants purify the air during the whole year, not just in the warmer months. Birch also produce volatile, however, these trees, like lime trees, are best planted away from roads and "dirty" enterprises – they are not as resilient as poplar or chestnut.
7
Very harmful lead that enters the atmosphere from the combustion of fuel in the engine. During the year one car can throw up to 1 kg of this metal. Often, you can see that the leaves on the trees along the highways curl and fall off - it is the result of lead poisoning. Best absorb lead, larch and a variety of mosses. You need 10 trees to offset the damage from the 1st car.
Is the advice useful?
See also
Подписывайтесь на наш канал