The characteristics of traditional society

One of the most popular classifications are the following types of society: traditional, industrial, postindustrial. The traditional view stands on the lowest step of development of society and are characterized by several specific features. 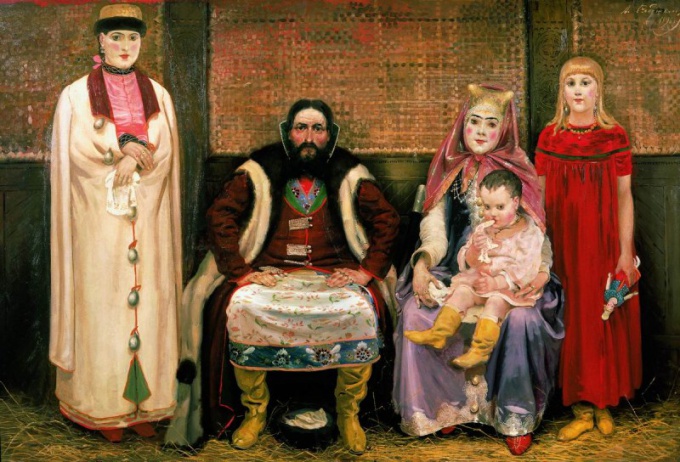 Instruction
1
The livelihoods of traditional society based on subsistence (rural) farming with the use of extensive technologies as well as primitive craft. Such a social order characteristic of the period of antiquity and the middle Ages. It is believed that any society that existed during the period from the primitive community until the beginning of the industrial revolution, refers to the traditional form.
2
This period was used hand tools. Their improvement and upgrading is very slow, almost imperceptible pace of natural evolution. The economic system relied on the use of natural resources, it is dominated by agriculture, mining and crafts, trade, construction. People were mostly sedentary.
3
The social system of the traditional society - estates-corporate. It is stable to be stored for centuries. There are several different classes that do not change for a long time, keeping unchanged the nature of life and stagnation. Many societies traditional view of the trade relationship or not at all peculiar, or is so poorly developed that they are focused only on the needs of a small number of representatives of the social elite.
4
Traditional society has the following characteristics. It is characterized by the total domination of religion in the spiritual realm. Human life is considered to be the implementation of the Providence of God. The most important member of that society is the spirit of collectivism, a sense of belonging to his race and class, as well as a close relationship with the land where he was born. Individualism people in this period is not typical. Spiritual life for them was more important than material goods.
5
The rules of coexistence with neighbors, life in the team, the attitude of the authorities was determined by longstanding traditions. Person acquired their status at birth. The social structure was interpreted only from the point of view of religion, but because the government's role in society was explained to the people as divine destiny. The head of state enjoyed indisputable authority and played a crucial role in society.
6
Traditional society is demographically characterized by high birth rate, high mortality and relatively low life expectancy. Examples of this type today are the way many countries in the North-East and North Africa (Algeria, Ethiopia), Southeast Asia (particularly Vietnam). In Russian society of that type existed until the mid-nineteenth century. Despite this, by the beginning of the new century she was one of the most influential and powerful countries of the world, possessed great power status.
7
The main spiritual values that distinguishes traditional society - culture and customs of their ancestors. The cultural life was mostly focused on the past: respect for their ancestors, the worship of the works and monuments of previous eras. Culture characteristic of homogeneity (uniformity), focus on their own tradition and a categorical rejection of other cultures.
8
According to many researchers, the traditional society is characterized by the lack of choice in spiritual and cultural terms. In this dominant society worldview and sustainable traditions provide a person ready and a clear system of spiritual guidance and values. But because the world seems man understand, not causing unnecessary issues.
Is the advice useful?
Подписывайтесь на наш канал