The main characters of "heart of a Dog"

The creation of the novel-satire on the established order in post-revolutionary Russia was reality itself and people perceive it different. The content and images of the novel of M. A. Bulgakov "the Dog heart" allegorically reflect the irreconcilable opposition of two opposing camps of the 20-ies of the last century: the Russian intelligentsia and creators of new life. 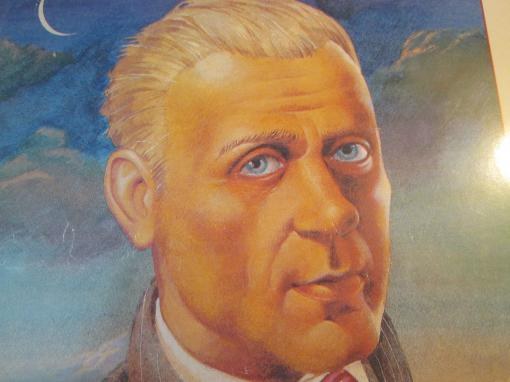 Instruction
1
The main character of the novel "heart of a Dog" Professor Preobrazhensky is the author of monstrous experiment. He is the representative in Moscow of the Russian intelligentsia: lives in the beautiful semicomatose apartment has a maid, intelligent, speaks and dresses. Philip Philipovich embodies leaving the life of a Russian aristocratic culture: they speak about this apartment interior, lunch, representing a ritual. Professor Preobrazhensky talented, witty, confident in the company of representatives of a new class of society, does not hide his negative attitude to the proletarian order. Transfiguration enjoys huge credibility with the new government, as a rare luminary of medicine, able to conduct complex operations on rejuvenation. The Transfiguration Professor considers unacceptable violence against living beings. But he decided on a terrible experiment of improving the imperfect nature of man: conducts an operation to transplant the dog part of a human organs. The failure of the experiment returns the Professor to understand the immorality of such experimental abuse of nature in human life. In the end, Professor Preobrazhensky comes to the conclusion that "adorning the globe" outstanding geniuses are allocated in accordance with the laws of evolution, not experimentation. The author is ambiguous about his character: respect for true culture and condemned for questionable and dangerous violent methods of the conducted experiments.
2
Doctor Bormenthal also occupies an important place in the system of images of the novel "heart of a Dog". Ivan Arnoldovich the young, through the Transfiguration was transformed from a poor student to assistant Professor, were trained in the skill of the luminaries of medicine and earned well. An experiment with a dog Ball that turned into a citizen Sharikov, are closely brought together Bormenthal with the teacher. He was the assistant in operations, and then lived in Professor Preobrazhensky's flat, recording the results of the experience in a journal and bringing up the ball. Doctor Bormenthal intelligent, but, realizing the impossibility of re-education of such a "man", ready to smother the ball, to make life easier for its teacher and benefactor.
3
Polygraph Polygraphovich Sharikov appears in the story after the Transfiguration Professor surgery. But first, it's trusting dog Ball, developed as a result of experience in immoral, not amenable to education and formation of personality. Balls is the epitome of a society in which there are no permanent moral values: "illegitimate son of" the Professor goes to sleep in the kitchen on the shelf, stealing, playing the balalaika, swears, throws on the floor cigarette butts, etc. but Citizen Sharikov is scribbling denunciations of the "daddy" and even threatens to kill. Within two months of existence, the polygraph Polygraphovich got a passport, got the post of head of the subdivision. The new government supports it, finds a useful member of the existing society. Antihero Balls at the end works again becomes affectionate dog Ball, because immoral, contrary to the laws of human life actions of the new "citizen" made the intellectual Transfiguration to recognize the enormity of his experiment and destroy the results.
4
An active participant in the plot of the novel "heart of a Dog" is the recently elected chair of the house Committee Shvonder. The author deliberately portrayed this hero schematically: Shvonder is one of the "comrades", the "public face" of the new life of the device. Shvonder with hatred relates to class enemies, his morality is unreasoning devotion to the authority of new laws and regulations. Shvonder indifferent looks at the miracle of creation of man in front of him is the unit of society Balls, who definitely need to have a document and get a job. The main conflict of the story "heart of a Dog" in the first place, is reflected in the confrontation between Him and Transfiguration, representing the two opposing socio-ethical class.
Is the advice useful?
Присоединяйтесь к нам
New advices