What Wallpaper enlarge the space

Selection of Wallpapers to visually enlarge the living space should be thorough and thoughtful: from the texture of the Wallpaper, their color and pattern will depend on the success of the task. 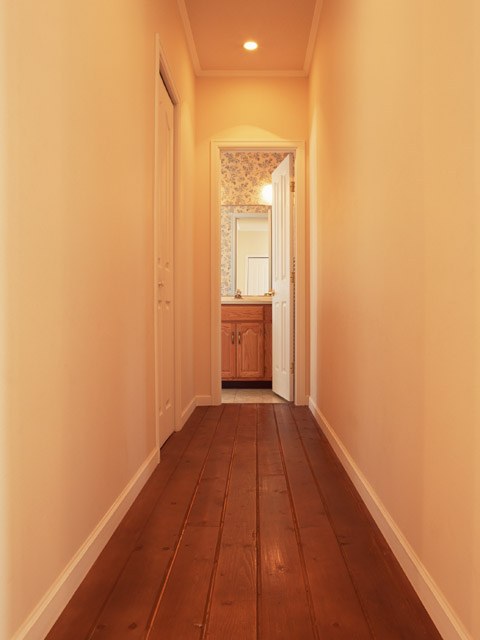 The typical owners of small apartments often experience discomfort from lack of space in the premises.

To solve this problem using a complete redevelopment of the apartment and demolition of partitions and merge the space – so expose themselves to the mass of bureaucratic delays, a large volume of construction work and substantial financial expenses.

But don't get discouraged, imagine the mountain of debris in your cozy apartment and a huge hole in the family budget!

By using some design tricks, creative thinking and well-chosen Wallpaper can achieve the visual effect of expanding space is not worse than using more radical methods.

To get started, you need to accurately determine the shape of the room, its lighting and the overall direction of the correction of this space and only after that to do a thorough selection of Wallpaper.

From texture, color, size and direction of the pattern of the Wallpaper and will depend on the final outcome of the task.

So, what Wallpaper visually enlarge the space?

- If the apartment is pretty low ceilings, it is advisable to choose a light Wallpaper with a vertical small pattern – for example, a narrow strip.

In a room with low ceilings it is not necessary to use a curb edging on the top of the canvases Wallpaper border will create a sense of "boxes" and visually will make the room even lower than it is.

- Rooms with high ceilings give a more rich space for creativity: the use of the curb is not only possible, but recommended – it can balance out the proportions of the room.

In addition, curb tape, you can divide the height of the walls in half and paste each part contrasting Wallpaper. But do not forget about the ultimate goal of the task – to visually expand the space will help the Wallpaper of bright colors and with a not very large figure.

When selecting contrasting Wallpaper is perfect to be combined monochromatic light Wallpapers and light with a horizontal stripe, which will allow the walls to not look too "stretched".

- If the living room is quite narrow, to maximize the space by using Wallpapers with small pattern or solid color on three walls and a larger picture for the remainder of the wall.

Big picture is to win opinion to their side and thus allow you to visually "push" the walls of a narrow room. But in any case it is impossible to use a very dark Wallpaper, Wallpaper with a rich, mellow color or a very large figure – thus it will be possible to achieve the opposite effect.

- If the room is dark due to the lack of natural lighting, to increase space and saturate it with light, designers recommend choosing Wallpaper with a yellowish tinge, as if they were illuminated by the sun.

Glossy Wallpaper that reflects light, bright Wallpapers with the landscape, disappearing into the prospect, too, are a great solution to increase the visual space in a dark room.

In addition, you can use a cunning technique paste over one wall with Wallpaper, a little lighter than the Wallpaper the other walls – to use this technique, it is advisable to choose the long wall opposite the window.

So, when choosing Wallpaper, which increase the space, it should adhere to basic rules:

- do not use Wallpaper with a large pattern;
- to prefer bright and pastel tones;
- combine the Wallpaper, depending on the shape of the room;
- to abandon the garish, saturated colors;
- do not use a border strip in rooms with low ceilings.
Is the advice useful?
Присоединяйтесь к нам
New advices