The history of the origin of the Russian language

Russian language is the unity of stylistic, dialectal, special formations, as well as phonetic, lexical, grammatical, syntactic system. This is the result of a long evolution. 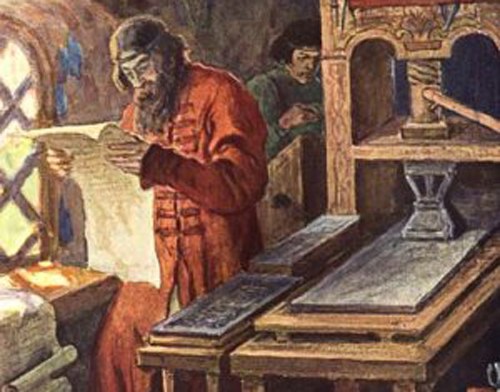 Related articles:
Russian language is the largest language in the world. The number of speakers, it occupies the 5th place after Chinese, English, Hindi and Spanish.

Slavic languages, to which it belongs, and Russian belong to the Indo-European language branch.

At the end of III– beginning of II Millennium BC from the Indo-European family separated the proto-Slavic language which is the basis for Slavic languages. In X – XI century Slavic language was divided into 3 groups of languages: West Slavic (from it there was Polish, Czech, Slovak), South Slavic (developed in the Bulgarian, Macedonian, Serbo-Croatian) and Eastern Slavic.

In the period of feudal fragmentation, which contributed to the formation of regional dialects, and the Mongol-Tatar yoke of the East Slavic has developed three separate languages: Russian, Ukrainian, Belarusian. Thus, the Russian language belongs to the East Slavic (old Russian) subgroup of the Slavonic group of the Indo-European language branch.

The history of the development

In the epoch of the Moscow Russia emerged srednevilyuisky speaking, the main role in the formation of which belonged to Moscow, added a typical "akan" and reduction of unstressed vowels, and a number of other metamorphoses. Moscow dialect is the basis of the Russian national language. However, a unified literary language at this time is still not formed.

In XVIII– XIX centuries the rapid development received special scientific, military, naval vocabulary, what was the reason of appearance of borrowed words, which are often clog up and weigh down their native language. There is a need to develop a common Russian language that took place in the struggle of the literary and political currents. The great genius of M. V. Lomonosov in his theory of "three styles" have established a link between the subject of narration and genre. So, the ode must be written in "high" style, plays, prose – the "middle" and the Comedy "low". A. S. Pushkin in the reform has enhanced the use of "average" style, which now became suitable for odes and tragedies, and elegies. With the language reform of the great poet traces its history to modern Russian literary language.

With the device of socialism due to the emergence of Avetisov and various cuts (requisitioning, Commissar).

For the modern Russian language is characterized by the increase in the number of special vocabulary, which was the result of scientific and technological progress. At the end of XX – beginning of XXI centuries the lion's share of foreign words coming into our language from English.

Complex relationships between different layers of the Russian language, as well as the influence on him of borrowing of new words led to the development of synonymy, making our language truly rich.
Is the advice useful?
Присоединяйтесь к нам
New advices