Russian actor Vladimir Vdovichenkov, who became famous in 2002-2003 the main roles in "the Brigade" and "Bumer" has a fairly large filmography. The first film with him was released in 1999. 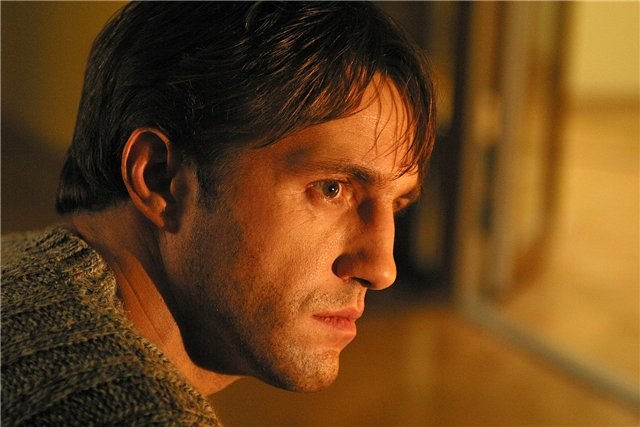 Actor Vladimir Vdovichenkov was born on 13 Aug 1971. Began acting in films during his studies at VGIK. The first role was the role of a security guard in the film "the President and his granddaughter" (1999). Then episodes of the TV series "the Border. Taiga novel" by Alexander Mitta and "Turkish March" by Mikhail Tumanishvili. Also had a cameo role in the Thriller Constantine Murzenko "April" (2001). Character Vdovichenkov Kohl's-Afghan appeared in the TV movie "the citizen the chief". Then was played the first main role in the "gang".

This is without a doubt the cult television series Vladimir Vdovichenkov played the role of Phil, one of the four friends who formed the brigade. This series of Alexei Sidorov written by Alexander Veledinsky is still controversial among viewers and critics. And soon followed the next iconic role.

From "Boomer" to "Uncle Vanya"

In 2003, screens out "Boomer", the main role of bone-Cat performed Vdovichenkov. The Director and screenwriter of the blockbuster was made by Pyotr Buslov.

"Boomer" has become a cult classic of national cinema, and the hero Vdovichenkov experienced comrades and appeared in the film "Bumer. The second film" (2005), where the second main role was played by Svetlana Ustinova (Dasha).

Remembered by many in the TV series "Cadets" (2004, directed by Andrey Kavun) Vdovichenkov played the political Commissar of the military school. Special mention deserves the series "Stargazer" (2004). This series Guria Atewa is one of the best films about the work of the Russian foreign intelligence service. The role of the scout-illegal immigrant Sergey Chumakov particularly successful actor.


Vdovichenkov played a major role in both parts of the sci-Fi film "Paragraph 78" Michael Hleborodov.

In 2005-2010 Vdovichenkov has played leading roles in the movie "a Time to gather stones" (Demin), "Demons" (Shatov), "the Seventh day", "Hag", "Exit", "Kromov", "If I loved you", "Redemption". In 2009, he released a big-budget picture of Vladimir Bortko "Taras Bulba", where Vdovichenkov — Ostap, the oldest son Taras. Disclosure of new facets of talent was the yield on the screens of the film of Rimas Tuminas's "Uncle Vanya" (2010), the role of Mikhail Lvovich Astrov.

In 2011 Vdovichenkov invited for the role of Sergei in movie Fernando Meirelles "Kaleidoscope love" (another name — "360"). In the events in South Ossetia the film of Janik Fayzieva "August. Eighth" (2012) he was entrusted with the role of the Russian President. In the movie "the White guard" (2012, directed by Sergey Snezhkin) Vdovichenkov — captain Pleshko. Starred the actor in the Comedy "Holiday lockdown" and the television series Konstantin Khudyakov's "Once in Rostov". The military theme is dedicated to the movies "Scout" (2013) and "goodbye, boys" (2014).

Note to the editor. It is obvious that in the header of the error: there is an actress Larissa Udovichenko and actor Vladimir Vdovichenkov. It's probably still talking about it.
Is the advice useful?
Подписывайтесь на наш канал