WOW where to learn horse riding

Develop your character to 20th level, the player gets a lot of advantages. One of them is the riding skill that allows you to move around the world on various vehicles. It turns out he doesn't automatically like normal skills, and studied at special coaches, which stand in various parts of Azeroth. 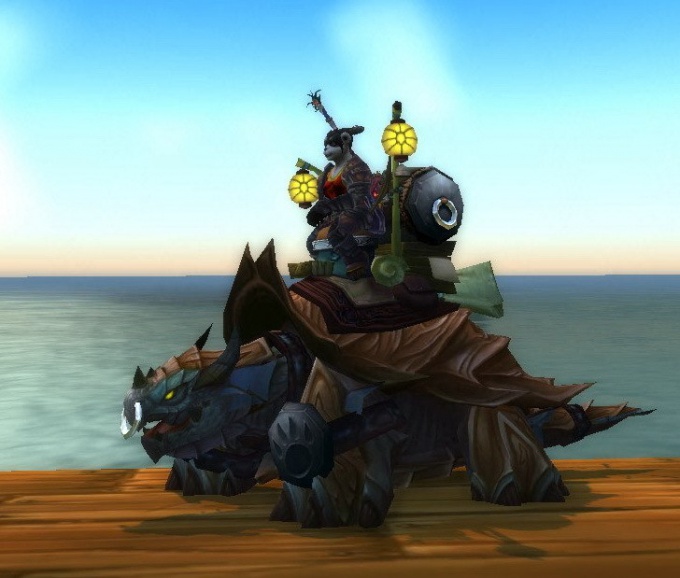 Related articles:
The players of the Alliance and Horde are trained to ride only friendly coaches. Some of them are neutral and trained all races. To riding skill character can coach their own faction or any other coach, with the faction which he pumped the reputation of "Exalted."


The first skill of riding allows you to move a transport with a speed increased by 60% of the speed of foot travel. The cost of studying is 4 gold, so take care of the necessary amount in the wallet. You can earn through auction, selling unnecessary things to a vendor or borrowed from friends on the game.


The second skill of riding increases movement speed to 100% and is obtained at level 40 character. At level 60 the player can learn how to fly, but this will require flying mounts and mechanisms.


If you play a paladin, you can not spend gold for the purchase of transport. At level 20 you will be able to learn from his martial steed, in appearance which will go perfectly with your class.

Alun (fraction Ekster) is located in the capital Ekstere. You can find it on the street, to the right of the entrance, near the herd alekov coordinates (81; 52).


What Peresvet (fraction Gnomregan) stands on the North-East of the town of Kharanos, location DOON Morag, the coordinates (56; 46).


Jetsam (faction Darnassus) is located before the quarter of the Cenarion Enclave in the night elf capital of Darnassus. Coordinates (42; 33).


Mei Lin (faction Pandaren Tosui) is located in the Alliance capital of Stormwind at coordinates (67; 18). You can find it in the drop-off location padrinos, decided to join the Alliance.


Randall Hunter (faction Stormwind) is located on the North-East of the Sawmill East of the Valley locations in Elwynn Forest. The coordinates (84; 65).

Velma Varnam (fraction of the Undercity) is located in the town of Brill, Tirisfal forest location, by coordinates (61; 51). You can find her near the stables to the left of the tavern.


Kar Singer of the Storm (faction Thunder bluff) is on the North of the Village of Bloodhoof in Mulgore location, at the coordinate (47; 58).


Kildar (faction Orgrimmar), located on the first Alley of Honor in the Horde capital of Orgrimmar, the coordinates (61; 34). You can find it by going in the direction of exit from the city and turn left after the auction. Teacher riding behind the coaches of the hunters.


Xar Ti (fraction Trolls Black Lance) can be found in the Village San gin in the South location of Durotar. The coordinates (55; 75).


Soft paws (the faction the Pandaren Gozzini) is located in the Alley of Honor, capital city of the Horde Orgrimmar. You can find it at coordinates (69; 40) near the auction in landing Pandaren decided to join the Horde.


Perekalin (faction Silvermoon city) is the location of Eversong Woods at the coordinates (61; 54). To find it, exit the capital Silvermoon city and take the path heading East.


Revie Podprugin (faction of the bilgewater Cartel) is located in the Horde capital of Orgrimmar at the coordinate (36; 87). You can find her in the valley of Spirits, goblins quartile.

The Worgen by default, have accelerated skill of movement. This ability is racial, and when you activate it after level 20 your movement speed will be increased by 60%, and after level 40 - 100%.


Study also riding a Worgen can coach the night elves Cardama, and racial transport is bought also in Darnassus, the girl Astrid Longstocking preceeding quarter the Howling Oak at the coordinates (48; 22).
Is the advice useful?
Присоединяйтесь к нам
New advices