How to start a concert

The quality of the concert depends largely on the leader. A good entertainer is able to "pull" even the program, which involves not very strong teams. Especially important beginning, because the first words of the leader set the right mood and the audience and participants. 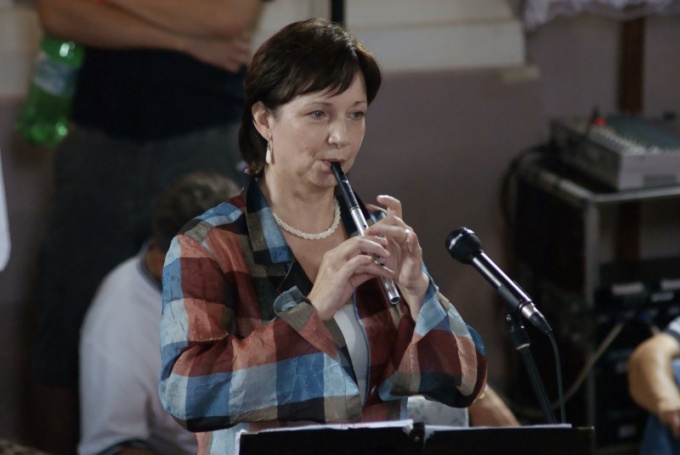 Ways to start the concert program quite a lot. It depends on the topic and participants. The most popular are the following options:
- the presenter's greeting and brief information about what will happen;
- a small video or a slide film;
- music cue;
parade participants with short numbers.

This is the easiest way to open a concert program. It requires no technical means. Enough of the script that is recorded including what you have to say leading. This option is convenient for concerts of classical music, art song, rock-groups – in short, where the participants more or less homogeneous, and the signal to start is given by some known method (for example, the third call). Before the concert, check out the microphones. Wait a few seconds after the third bell – the audience should take their seats and calm down. Go on stage and say Hello. Then tell us what the audience will hear and who will speak. If the concert is dedicated to a remarkable date – tell us about it. Opening subscription concert, don't forget to call the loan and a number of concert.

The roller or slide film

This option is suitable for thematic concerts devoted to state and professional holidays, anniversaries, etc. to Participate in program teams, working in different genres, so first you need to specify the topic. Pay attention to the visuals. For example, for a concert dedicated to the Victory Day, fit frames of war, for International women's day – stories about the women of a city or of a certain company, for company's anniversary – movie or series of slides depicting the life of the team. In this case signal the beginning of the concert will be turning off the lights and appearance before the eyes of the viewers screen is blank or a still image. A few seconds to begin the video. After the movie on stage can get leading, to say Hello, to congratulate and announce the next number. By the way, in recent years become increasingly popular form of entertainer when the lead goes to the microphone, and sits behind the scenes.

This option is somewhat akin to the Opera or the ballet, when the signal-to-stage action takes the orchestra starts the Overture. For the music entry should choose the product that is associated in public with the theme of the concert. For example, the March from the film "Belorussian station" perfect for the Day of Victory, the song "Five minutes" - for new years eve, but "Lost puppy" for the kids concert on the protection of animals. After the musical introduction, as in the previous case, the presenter greets and announces the next number.

In this case, each group prepares a very brief sketch of his speech. This option is preferable, if a program has many dance and theater groups. Soundtrack need to write in advance. This can be the whole work or a medley. You need to clearly determine the order of speakers, after all, to go on stage will be very fast. Duration – the minimum, each team must pass through the stage no more than two times, making a few steps from the most characteristic dance or movement theatre characters. For singers and instrumentalists, this option is not very good, although in some cases, possible.
Is the advice useful?
See also
Присоединяйтесь к нам
New advices