What is now engaged in family Luzhkov

On 28 September 2010, Russian President signed a decree that terminated the activity of Yury Luzhkov on a post of the capital mayor. From this day a public person ceased to be not only the ex-mayor; with the screens and pages almost disappeared and his wife Elena Baturina. And with it, their daughters Elena and Olga. Where do they live after retirement husband and dad and what they do, they do not know everything. 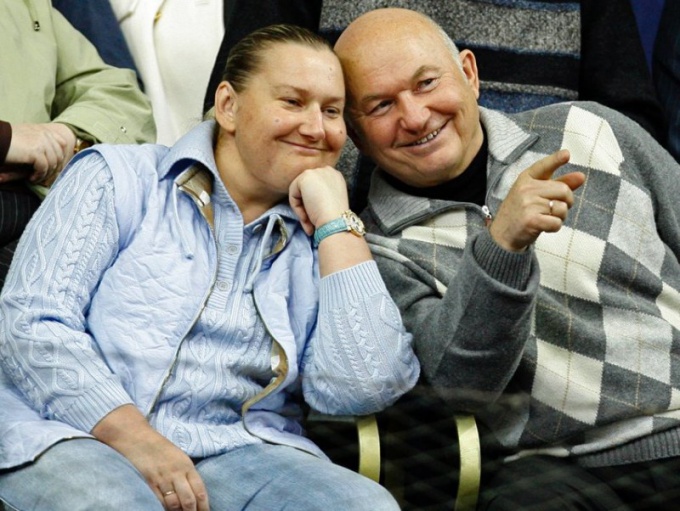 From the transient solution of the country's leader and the next is not the most pleasant of events affected not only the mayoral team Luzhkov, and his family were forced to go abroad. The wife, ceasing suddenly to be one of the richest ladies of the world and the head of a huge Russian holding company, the main attention is focused on helping daughters-students. And managing a large network of hotels, located, designed and planned for construction in Austria, Germany, Ireland, Italy, Kazakhstan, the Baltic States, Russia (St. Petersburg) and the Czech Republic.

By the way, the first hotel Baturina became the hotel "Grand Tirolia", built in 2009 in the Austrian Kitzbuhel and worth about 40 million euros. In kitzbühel and is the headquarters of the Elena Nikolaevna. In total by the end of 2015 it intends to own 14 hotels on the continent.

The hotel "Grand Tirolia" (Grand Tirolia) once every 12 months, held a traditional ceremony of delivery of award Laureus. It is often called the "Oscar" of the international sports journalism.

Yuri Luzhkov, meeting with journalists, regularly complains that it blinded some kind of recluse-immigrant, saying that neither Moscow or even in Russia does not appear. That includes the families is unknown. In fact, the recent head of the Metropolitan living, working, and basically not engaged in any political activities in three countries — in England, in which learning of his daughter in Austria, where the family Luzhkov-Baturina is the main business, and in Russia. And not only in Moscow but in Kaliningrad region.

There the former mayor and his wife, once head of the equestrian Federation of the country, created on the basis of collapsed in the 90s the German real stud cattle complex and bred sport horses. And grow famous for its finest wool "Romanov" sheep. In world of this coat sewed very warm and durable soldiers ' coats.

That is, the wife of Yuri Mikhailovich only investing is still far from being profitable project husband. But Luzhkov himself not only organizes and controls very complex agricultural process on five thousand acres and with the participation of a hundred people, but takes it at the helm of the German combine — an active part. And very proud to have been included as a foreign member of the Union of the English pastoralists.

Daughter: from MSU to UCL

Russia's Elena and Olga Luzhkov studied at the prestigious Moscow high schools and language schools. So a quick translation from the Moscow state University at UCL, University College London, and later entering the University, they have after opals father is clearly not occurred.

Luzhkov Elena in parallel with their studies and start their own business. In the Slovak capital Bratislava, she created a company called Alener that deals with perfumes and cosmetics.

However, according to Luzhkov, Sr., he did not intend to control life and study daughters. As well as understanding refers to the sad fact that his wife is often obliged to visit and even to live in London, not next to it.
Is the advice useful?
Присоединяйтесь к нам
New advices