The working principle of voltage regulator

The voltage regulator is indispensable where there is constantly "jumping" voltage; the regulated power supply will help you save expensive electronic equipment and appliances. Manufacturers today offer a wide variety of these useful devices. What to choose? 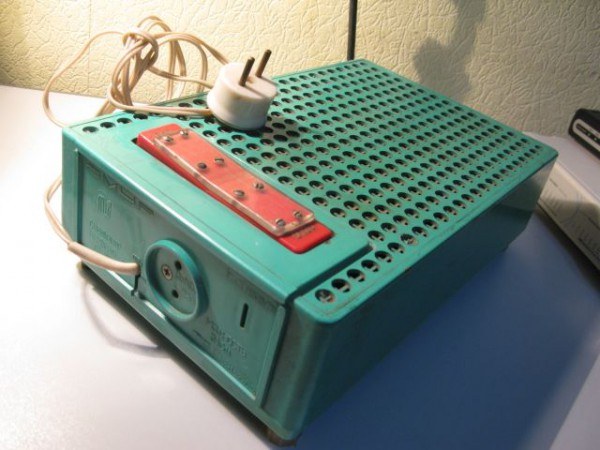 Related articles:
There are several basic types of stabilizers, each of which has its own principle of action, unlike others. In practice, the supply voltage enterprises often use several types of stabilizers that helps to provide quality power the various equipment. In the home typically use one device of a particular type.

Known since the 60-ies of XX century. It uses the principle of magnetic amplification, when the ferromagnetic cores of transformers, chokes, when applying for their winding voltage magnetized. This allows to achieve relatively high speed of operation (up to 100 MS) at the races and mains. The control accuracy can reach 1%. The main advantage of such stabilizers – possibility of stable operation in the range -40 to+60C. Ferromagnetic source voltage had increased noise levels, the dependence of the stabilization level of the load, however, at the present time these deficiencies have been corrected. Wide dissemination of this type of stabilisers in the home interferes with the high price, relatively large dimensions.

Principle of operation – mechanical; the user had to manually use the slider and display (voltmeter readings) to adjust the voltage to the desired value. As the regulator used a powerful rheostat (variable resistor, resistor that went to the slider. Putting it on a particular point of the winding of the rheostat, it was possible to change the output voltage level. Later the device is improved, and the adjustment was "to engage in" an electronic device that is connected to the engine gearbox. The main advantage of such devices – high accuracy (up to 0.003%). Of the minuses can be noted the noise that generates the motor.

The most common type of devices. The essence of the work lies in the switching of the various windings of the autotransformer by means of mechanical relays or electronic component (electronic elements-switches are used thyristors, triacs). Modern models use a microprocessor, which is programmed in a special way that provides a high trigger level is 10 to 20 MS. Electronic stabilizer produces the necessary voltage in large fluctuations in input: 110 to 290 V. of the shortcomings highlighted low temperature stability (10%); but this is true only in relation to low-cost devices. More sophisticated models such deficiency does not have; by increasing the number of windings (steps) of the autotransformer accuracy can reach 1% and above.
Is the advice useful?
See also
Подписывайтесь на наш канал