How to withdraw the Foundation

To bring the Foundation under "zero" means to make all points of its surface located in the same horizontal plane. Display the Foundation under "zero" should be at the time of casting. As it turns out is easier, faster, and stronger. However, there are cases when this is not done in a timely manner, and therefore it is necessary to align the already "set" the concrete. 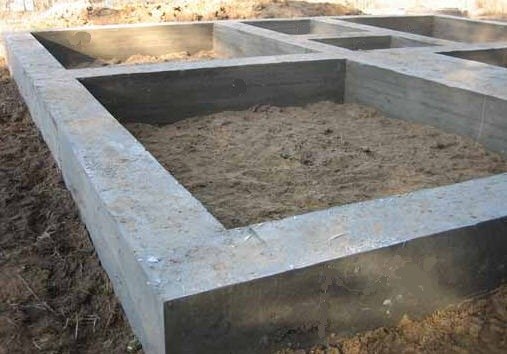 Related articles:
You will need
Instruction
1
The elimination of the basement under "zero" during his fill

Put a marker or chalk in one corner, pour the Foundation on the inside of the formwork, mark the planning surface (the zero point). Using hidrorema determine and mark the same zero point in other corners of the Foundation.
2
In the absence of hidrorema you can set the zero point at the corners using a regular hose. For this position the ends of the hose in two, we check for angles. Pour the water in, making sure that it was not formed air pockets. Select the edge of one end of the hose exactly at the level of the original zero point.
3
Raising or lowering the other end until you get to the water in the end established at the level of the edges of the hose (i.e. at the level of the original zero point). Lock the position in which he established the water in the second end of the hose. This position corresponds to the zero point. Mark it on the mold.
4
Make each corner of the base, two vertical cut in the mold so that they were located in the middle of the Foundation walls, and their low point was on the same level with zero points. If you now pull through the relevant cuts the cord, it will accurately mark the zero level surface of the Foundation.
5
Pour in the formwork concrete mix to the level of stretched cords. This way your Foundation will be displayed under "zero".
6
The removal of "under a zero" a ready Foundation

Check hydrorunner or hose the position of all corners of the basement, taking one of them for the original. Do all corners of a digital mark that reflects the position of this corner relative to the origin. (For example, "-50" or "+30" would mean that the angle 50 mm or below 30 mm above the original corner).
7
Install on top of the base formwork, consisting of two boards, the lower edges of which cover the Foundation of two sides and the top are connected via spacers with a length equal to the thickness of the Foundation.
8
Mark all angles on the inner side of the formwork of the zero point, to which to pour the Foundation on the basis of the actual position of the corners determined in the previous step. Carrying out this operation, keep in mind that the minimum thickness dosalieva fragment of the base should be at least 30-40 mm Too thin layer of concrete will be fragile. Make cuts in the mold to the lower edge were on level zero (similar to how it was done in step 3).
9
Install formwork rebar. Prepare a sand-cement mix with a ratio of 1:3 or 1:4. Moisten the surface of the Foundation water and place the mixture into the formwork. The under surface of the zero level check cord stretched out through the cuts.
Note
Determining the zero point with a hose, consider the inertia of the movement of water in the hose. Before locking its position, wait for a while until its level will not be established definitively.
Useful advice
During solidification of the cast layer prevent it drying out, which can happen very quickly due to its small thickness.
Is the advice useful?
Подписывайтесь на наш канал